Student-Built EV Is More Than Just a Car 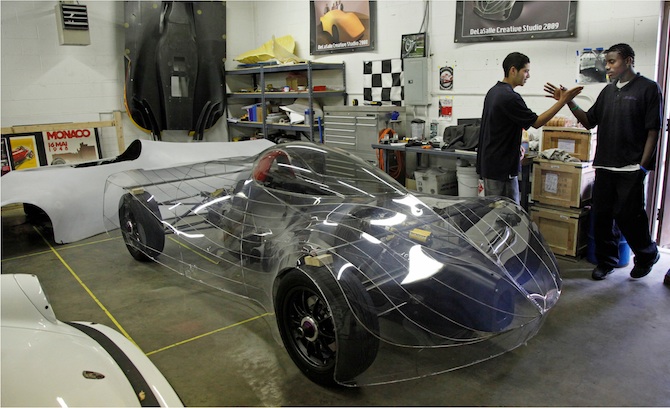 A group of high school students and their volunteer mentors are building a lightweight electric car out of a wrecked 1999 Reynard Champ Car. Then they’ll drive it across the country, stopping every 100 miles to charge it up. On this project, though, the car isn’t what’s most important.

The car is the creation of Minddrive, an after-school program in Kansas City, Missouri that mentors students performing below their grade levels in traditional school environments. The kids meet every other Wednesday and on Saturday mornings and learn about automotive design and contemporary communications with mentors who work in the students’ fields of study. The auto-design students learn computer-aided design, welding and electrical engineering, while the communications students learn to promote the car as if the design studio was a client.

So far, the students and their mentors are on track to have a street-legal car that can drive the 2,400 miles from Jacksonville, Florida to San Diego by spring break in March.

“We have installed our own brakes, because they’re much lighter than the ones that would’ve been on the Champ Car,” said program director Steve Rees. “The kids have constructed the wire frame that supports the skin, and they have done the wiring and the driveline.”

That driveline is a single chain drive connected to an electric motor powered by lithium-ion batteries that put out 96 volts. To make it across the country while drawing attention to the lack of national charging infrastructure, a generator truck will follow the team and provide 40-minute quick charges every 100 miles or so. Rees acknowledges the kids’ car isn’t the next Nissan Leaf, but building a technological masterpiece isn’t the point.

“We’re trying to educate kids. We’re not doing anything extraordinarily out of the box,” he said.

Rees said the goal of Minddrive is to get students interested in learning through hands-on projects.

“We’re trying to take kids who haven’t been engaged in school and hook them to an expanded vision of what their future might be,” he said. When they return to their own schools, the hope is that they’ll be more interested in history, math and English — and have a sense of environmental stewardship as well.

It seems to be working. Last year, students worked on a wrecked Lola Champ Car, even testing it out at Bridgestone’s Texas proving grounds. Those students are now learning advanced 3D modeling and Solidworks, while a new crop of kids — equal numbers of boys and girls — are working on the Reynard. So far, four kids have graduated from the program and each one is employed or in school.

The communications aspect of the program also is helpful in teaching students to express themselves. In their cross-country trip, the team will meet with students from other schools and explain how they designed the vehicle. In preparation, the kids have practiced presenting their work and answering questions about it.

“It works really well because the contemporary communications class can end up mentoring the students,” said Linda Buchner, who directs the communications program.

For the students, the process of building a car has taught them to set and meet goals, and their volunteer adult mentors have acted as valuable role models.

“The most important thing really is teaching kids through hands on, experiential learning,” said Rees. “Our kids do this because they’re inspired to be there every week, to work with adults and do hands on things.” 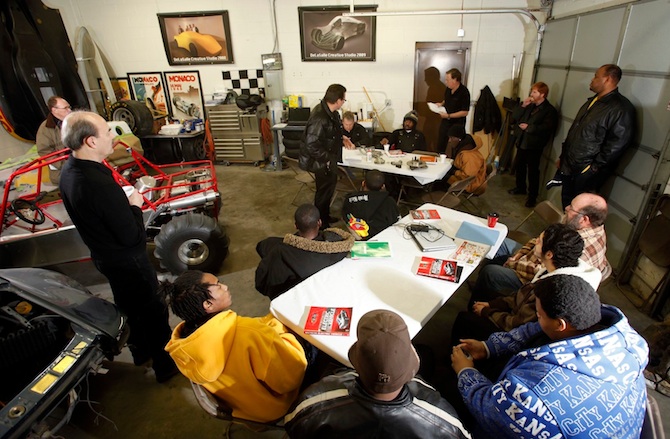 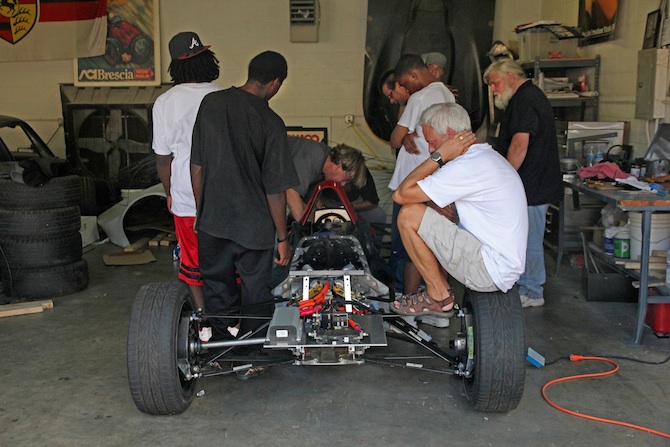 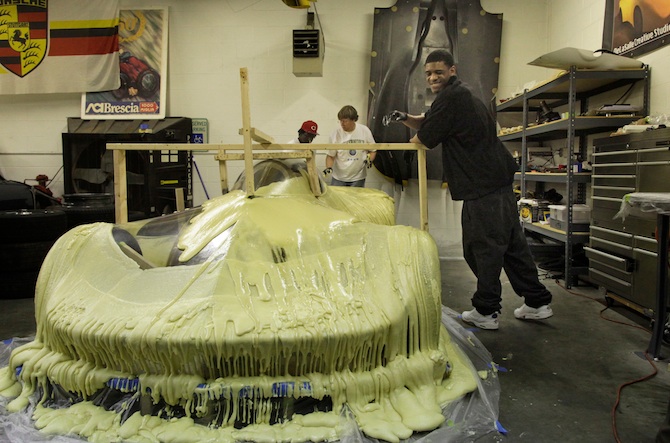 Read 6117 times
Published in News Technologique-Tech News
More in this category: « Storyboard Podcast: Wired and Tune-Yards EV Drivers Adopt Solar Chargers to Wean Themselves Off the Grid »
back to top