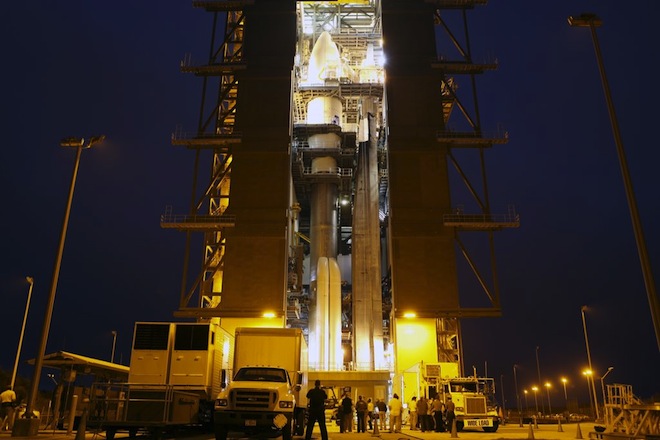 The one-ton Mini Cooper-sized rover, which is the largest machine NASA can currently put down on the Martian surface, will now look forward to an eight-month cruise to the Red Planet, arriving in August 2012. The probe will survey the Martian landscape with HD cameras, search for signs of habitability and life past or present, and drill inside rocks to examine the planet’s composition. 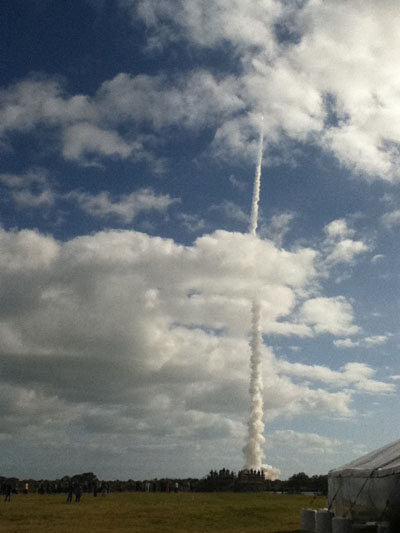 After a shaky history on Earth, MSL will have to worry about one last event when it gets to Mars: its nail-biting landing procedure, the sky crane. The rover is tucked inside a saucer-like platform that will need to fire rockets 25 feet above the ground and hover as MSL is carefully lowered down on wires. Such a procedure has never been tried before, though landing system has undergone extensive testing prior to launch.

Still, the track record with probes to Mars has not been great. Nearly two-thirds of missions have had failures or partial failures. Spacecraft have lost solar power en route, crashed into the surface, or simply gone dead seconds after landing.

NASA’s history of rovers is more upbeat. The agency has already successfully roved three robots on Mars: tiny Sojourner and the twins Spirit and Opportunity. The later pair even managed to beat the odds. Originally expected to last for three months, Spirit went on for six years before getting permanently stuck in the soft Martian soil and losing contact this past May, while Opportunity is still going strong.

MSL is currently set for a 23-month initial mission. But given this history of terrible failures and stunning longevity, how long do you think the new rover will last on Mars?