Storyboard: Top Gear's Richard Hammond Drives on the Right Side of the Road 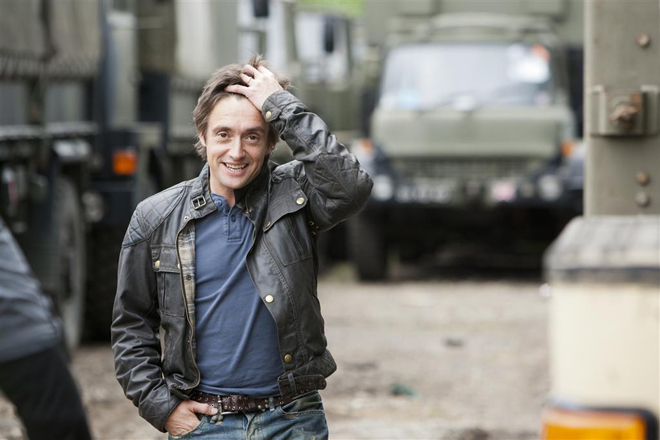 Know anything about a danglehead processor? It takes 100-foot-tall trees, strips the branches, trims them down, and stacks them up. It’s the kind of thing you don’t want to get your shoelace stuck in. Typically their operators are lumberjacks, and they’re okay.

Now add Richard Hammond to the elite folks who’ve driven a danglehead processor. He’s one of the TV hosts of autoculture authority Top Gear, and his new project, to air on BBC America next spring, is Crash Course. The show follows Hammond as he travels the US, getting behind the wheel—or the joystick, the control panel—of outlandish vehicles like a trash compactor, airport fire responder, and an Abrams M1A1 tank. Hammond meets the people who operate them daily, trains in the machines’ use, and then tries to prove his competency.

Storyboard Podcast:
Episode 67: Richard Hammond Drives On The Right Side Of The Road

Hammond talked to Storyboard engineer and Play-section fellow Nathan Mattise about the show. The two discussed Hammond’s experiences with his first US-based series, the difference between driving something fast versus something powerful, and Top Gear’s upcoming anniversary.

The episode is a perfect soundtrack to your next drive –- whether in a bulldozer or something less practical.