Anti-Slip Case Keeps Your iPad 2 Safe, Even at 60 MPH 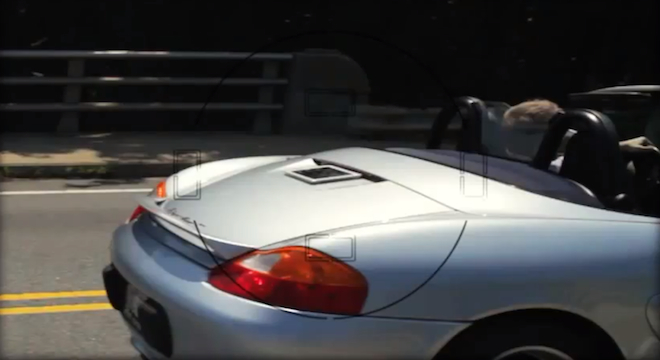 Can your iPad case do this? Image: Sofshell

Driving off after leaving a drink on your car’s roof is a messy bummer. Doing the same with your smartphone or tablet is downright traumatizing.

If you’re prone to absent-mindedness, iPad casemakers Sofshell may have a solution for you.

The Sofshell iPad case is made of a medical-grade proprietary elastomer, fully encasing the iPad’s bezel in order to protect it from accidental slips and drops. The company says its cases are anti-slip for surfaces angled up to 70 degrees, and reduce the shock of a drop by up to 43 percent. There are models available for both iPads and iPad 2s, and they cost $50.

In the video below, Sofshell straps an iPad 2 to the rear of a Porsche and hits the gas. After reaching speeds of 60 miles per hour, the driver finally pulls into a parking lot and stops. Lo and behold, the iPad 2 is still attached to the car’s surface, fully intact.

The video contains a few caveats, however. First, the iPad was situated on the car’s trunk, a place that receives very little wind resistance. Second, said position is a relatively flat surface on the car. With those two points in mind, the iPad case isn’t really having to deal with the horizontal forces from wind it would have to tend with if it were positioned on the nose or roof of a car, or wind forces paired with gravity, if whatever surface it was on was slanted.

Since people tend to forget things on the top of their car, I’d like to see this same test done with a cased iPad sitting on the roof rather than the trunk. Perhaps the next test car shouldn’t be a convertible?

Regardless, it’s still fun to see someone drive down the highway with an iPad sitting on their car, and a Porsche is pretty easy on the eyes.