Two iPhones Go Up in Smoke and Flames 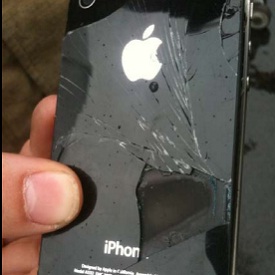 An iPhone is worse for wear after combusting on an Australian flight. Image: Rex Media

Two users recently received a scare when their iPhones began glowing, smoking and emitting sparks. One iPhone in Brazil, and then another in Australia, recently self-combusted.

The Australian incident, which was reported first, took place Nov. 25 on a Regional Express flight from Lismore to Sydney. After the plane landed, one of the passengers’ mobile phones “started emitting a significant amount of dense smoke, accompanied by a red glow,” according to the airline’s official statement. A flight attendant extinguished the red glow, and nobody was harmed.

The iPhone, pictured to the right, was not identified by model, so it’s not clear if it’s an iPhone 4 or 4S.

The first incident, which occurred Nov. 22 but was only just reported, happened in Brazil. Ayla Mota left his 8GB iPhone 4 (which he purchased in France) plugged in overnight to charge, and woke up in the middle of the night to see sparks flying from his handset.

Mota says he saw “a lot of sparks and black smoke out of the cell.” (This quote is translated from Portuguese using Google Translate.) Mota switched off the power and then unplugged the device.

This isn’t the first case of iPhones overheating or catching fire. In 2009, a small number of 3GS owners reported handsets that were overheating and discoloring white models to a brown or pinkish hue. Faulty batteries were likely to blame in this case.

Apple also announced a replacement program for first-generation iPod nanos due to the threat of overheating. In Japan, three fires stemming from this battery overheating issue took place in 2008 before offending nanos were recalled in the country.

The two recent incidents involving iPhones appear to be isolated. The photos show different types of damage, so it’s unclear if the combustion in each case stemmed from the same cause.

Wired.com has reached out for comment from Apple regarding these incidents. 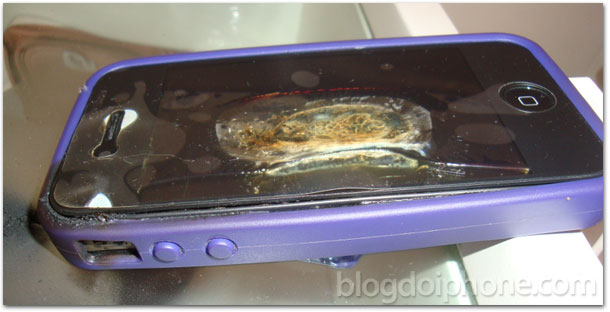 An iPhone in Brazil began emitting smoke and sparks while it was charging overnight. Image: The iPhone Blog

Read 2945 times
Published in News Technologique-Tech News
More in this category: « Occupy Harvard's an Exclusive Affair, But Not By Choice Exclusive: Comedy of Errors Led to False 'Water-Pump Hack' Report »
back to top