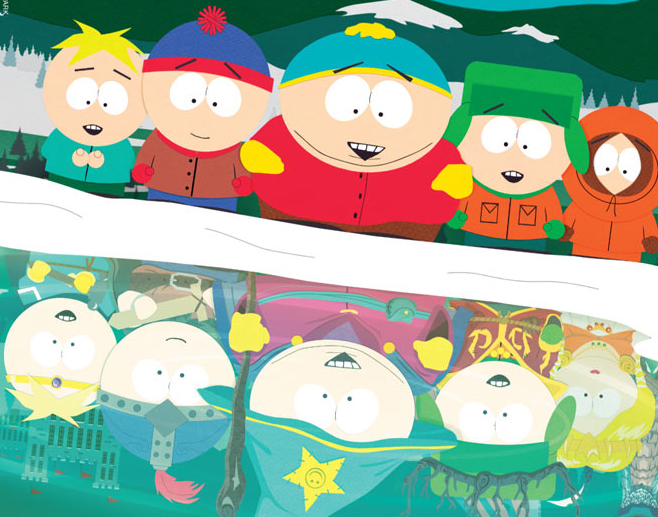 Detail from the January issue of Game Informer magazine shows concept artwork for a South Park role-playing game, to be developed by the creator of Fallout: New Vegas.
Image courtesy Game Informer

The creators of the no-holds-barred animated TV show South Park are teaming up with developer Obsidian (Fallout: New Vegas) and publisher THQ to release a role-playing game for PlayStation 3 and Xbox 360, according to Game Informer magazine.

“As the new kid in South Park, it’ll be up to you to make friends and defend the town from a wide range of threats,” wrote an editor of the monthly gaming magazine in a story posted online on Thursday. The game will be fully detailed in its January issue, to be released next week. It will feature an interview with South Park co-creators Trey Parker and Matt Stone, who are co-writing the script for the upcoming RPG.

There have been many South Park games throughout the years, starting with a clumsy first-person shooter on the Nintendo 64. But the choice of Obsidian as the game’s developer is what has gamers hoping this will be more than just another licensed cash-in. 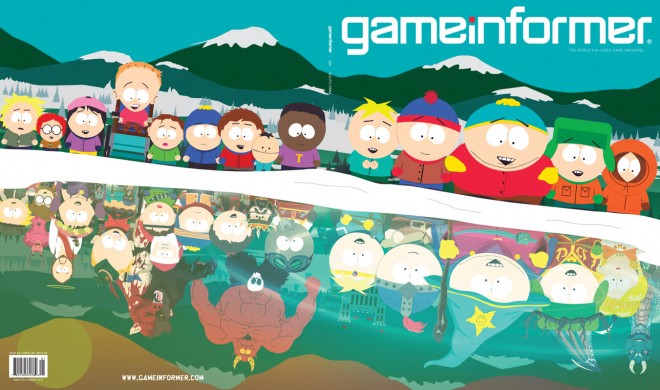 Best known for its work on role-playing games, Obsidian took over the post-apocalyptic Fallout series with last year’s open-ended tour of a ruined Sin City, New Vegas. The developer’s other work includes Star Wars: Knights of the Old Republic II and Alpha Protocol.

Though many of Obsidian’s games have featured wry, sardonic humor, the developer has stuck to more serious fantasy and sci-fi themes. A South Park RPG would be a serious tonal shift.

This RPG is the second announced South Park game for 2012. Publisher Microsoft will release a downloadable platform action game called South Park: Tenorman’s Revenge for Xbox 360 in the spring.