Critics Line Up to Bash Maker of Secret Phone-Monitoring Software 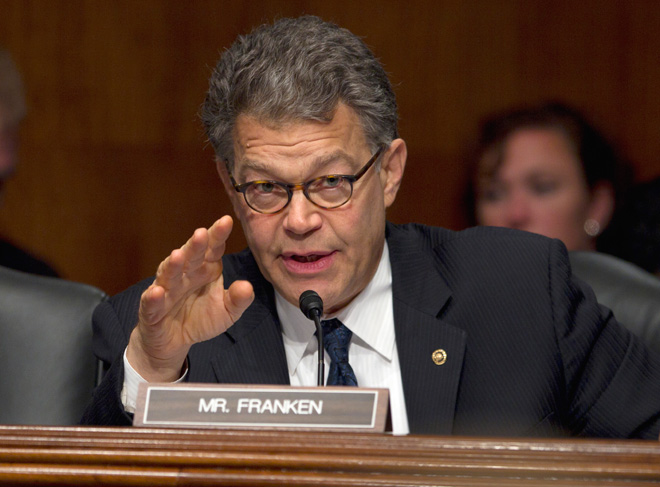 The backlash against a formerly obscure California mobile-monitoring software maker grew even larger Thursday, with a senator asking questions, citizens bombing the company with bad online reviews, and former customer Apple swearing it off.

Adding possible legal jeopardy to its woes, a former federal prosecutor is also publicly wondering whether Carrier IQ, whose phone-monitoring software was secretly installed on millions of phones, was illegally wiretapping Americans’ communications.

Carrier IQ’s software is installed on phones sold by Sprint, T-Mobile and AT&T, among others, and is intended to help carriers know what problems users are having and what features are most popular.

Apple announced Thursday it had mostly discontinued using Carrier IQ in iOS5 and would stop using it altogether in a new software update.

Meanwhile, Sen. Al Franken (D-Minnesota) demanded that the Mountain View company explain what user data was being captured by the Carrier IQ software .

The brouhaha surrounds the recently published research by 25-year-old Trevor Eckhart of Connecticut, whose video Wired.com posted on Tuesday. The video showed Carrier IQ software logging much of what Eckhart was typing, including text messages, phone numbers and even an encrypted Google search on an Android phone.

“I am very concerned by recent reports that your company’s software — preinstalled on smartphones used by millions of Americans — is logging and may be transmitting extraordinarily sensitive information from consumers’ phones,” Franken wrote (.pdf) Carrier IQ’s president, Larry Lenhart.

The software cannot be removed or stopped by a phone’s owner unless the phone is rooted, though Apple says users can easily stop diagnostic data from being sent to Apple.

Carrier IQ initially threatened Eckhart with a lawsuit unless he apologized for his research and retracted his statement that it was a “rootkit,” but relented after Eckhart got legal help from the Electronic Frontier Foundation.

But that didn’t stop the online backlash. As of early Thursday afternoon, Google Places had more than 200 reviews of the company –  nearly all of which were blasting the company.

Sprint, the third-place carrier, defended its use of the secret software.

“We collect enough information to understand the customer experience with devices on our network and how to address any connection problems, but we do not and cannot look at the contents of messages, photos, videos, etc., using this tool,” Sprint spokeswoman Stephanie Vinge-Walsh said in an e-mail. “The information collected is not sold and we don’t provide a direct feed of this data to anyone outside of Sprint.”

“T-Mobile utilizes the Carrier IQ diagnostic tool to troubleshoot device and network performance with the goal of enhancing network reliability and our customers’ experience,” a spokeswoman Patty Raz said in an e-mail. “T-Mobile does not use this diagnostic tool to obtain the content of text, email or voice messages, or the specific destinations of a customers’ internet activity, nor is the tool used for marketing purposes.”

Carrier IQ said the data is used to enhance the mobile-user experience and “to assist operators and device manufacturers in delivering high-quality products and services to their customers.” It said it was not logging keystrokes.

The data, Carrier IQ says, is “encrypted and secured within our customer’s network or in our audited and customer-approved facilities.”

Andrew Coward of Carrier IQ answered “probably yes” when asked whether that was true.

University of Colorado law and telecommunications scholar Paul Ohm, a former federal prosecutor, said in a telephone interview that the software “verges on wiretapping.”

What’s most alarming about it, he said, was that it exists.

“There’s a lot of really sensitive stuff that you never ever realized that anybody was saving,” he said. “One really likely scenario, the FBI, once they get wind of this, it’s going to give them a trove of information.”

Carrier IQ boasts in promotional materials that its product “takes customer experience profiling to another level, enabling you to view experience data at any level of granularity from the entire population, to comparative groups, down to individual users, all at the touch of a button.” (.pdf)

All good questions, and from the sound of things online, Franken’s not the only one waiting for clear answers.

Read 2982 times
Published in News Technologique-Tech News
More in this category: « Marine Aircraft Plans in Peril as Tiltrotor Costs Soar Amit Gupta Could Have Marrow Transplant by End of Year »
back to top