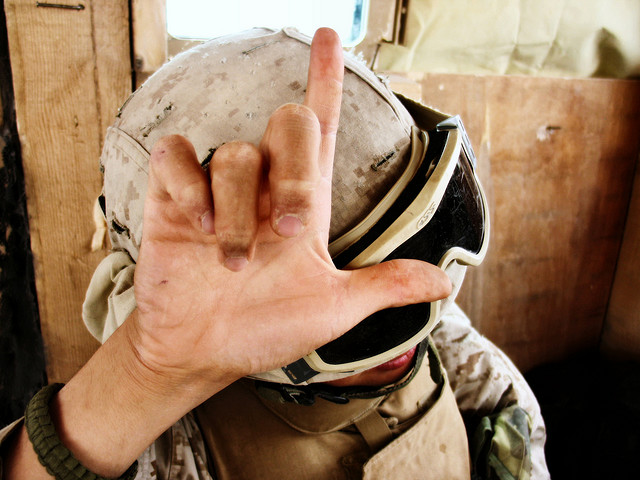 Are you a loner? Don’t get along with others? Do you shout when you should be listening? Or stand off in a corner when you should be friendly? You may think nobody is noticing your anti-social behavior. You may even be right — for the moment.

But Darpa, the Pentagon’s way-out research arm, is looking for a way to track your abnormal activities. It will do this with voice-sensing technology and algorithms that decode your body language. And then, it will correct your actions.

A new Pentagon experiment called “Assessment of Asymmetric Social Indicators” is setting out to build a sensor that picks up on the group dynamics of military units. The technology would be used for “measuring, and assessing social interactions in military contexts,” creating analytical snapshots of groups in “training, medical and mental health settings, [and] security.”

Once the snapshot is taken, the system will “provide feedback to individuals about their social interactions,” according to Darpa’s call for research proposals. The goal is to help “practitioners under extreme stress” and military personnel who are “routinely asked to enter unfamiliar situations in cultures alien to their own and conduct activities, adjudicate arguments, and facilitate life altering decisions.”

The question of how to identify and help troubled troops has been brewing in the military ever since distressed Pfc. Bradley Manning leaked tens of thousands of classified U.S. government documents to WikiLeaks.

Another Darpa-backed program, “Strategic Social Interaction Modules” has funded the development of automated ways to predict if a conversation will cause conflict, or lead to cooperation. Its aim is to ”provide warfighters with the basic human dynamics skills they need to enter into any social encounter regardless of the culture, group, or situation.” At an industry day in March, at least 50 people from a dozen institutions turned up. The ultimate goal of the program is to create “an innovative computer-video training simulation for social interactions.”

This time, Darpa will try to nail down the algorithms of detecting unsocialized individuals — and test it against a “field or laboratory validation study [that] is critical to assess the utility of any proposed approach.” Algorithms must be run on computers and “eventually, state of the art mobile platforms,” says the solicitation. In the final research phase, researchers would have to create some kind of “operational system for use in assessing military and law enforcement interactions.”

“Manual ethnographic techniques provide significant insights, but are not scalable,” said the solicitation added. So now, it’s time to bring in the gadgets.

The experiment isn’t that far flung, technologists say. In the last decade, researchers have been finding new ways to speed up and automate how moods and social interactions can be discerned from people’s actions. This grant program would “very relevant to our research,” said Tanzeem Choudhury, an information sciences professor at Cornell University who made a phone app that reads your feelings by analyzing how your voice sounds.

But there’s a way to go before the technology gets perfected, she said. Voice-sensing technology isn’t sophisticated enough to pick up on conversations in noisy environments, such as a battlefield, Choudhury told Danger Room. And it would be very difficult to automatically and reliably extract the vocal cues in large groups -– if just one person is recorded.

Daniel Olguin Olguin, who’s received Darpa funding to work on such social sensing technology, says, “the biggest challenge is convincing people that the metrics that we have would be valuable.” He’s the co-founder of Sociometric Solutions, which uses electronic sensor-devices to pick up on how teams in companies clash and cooperate, so as to tell them how to work better together. He tells people nervous about being tracked that voice data can be anonymized, and speech patterns can be analyzed without actual words being recorded.

The question is, why would the Pentagon want to do that?