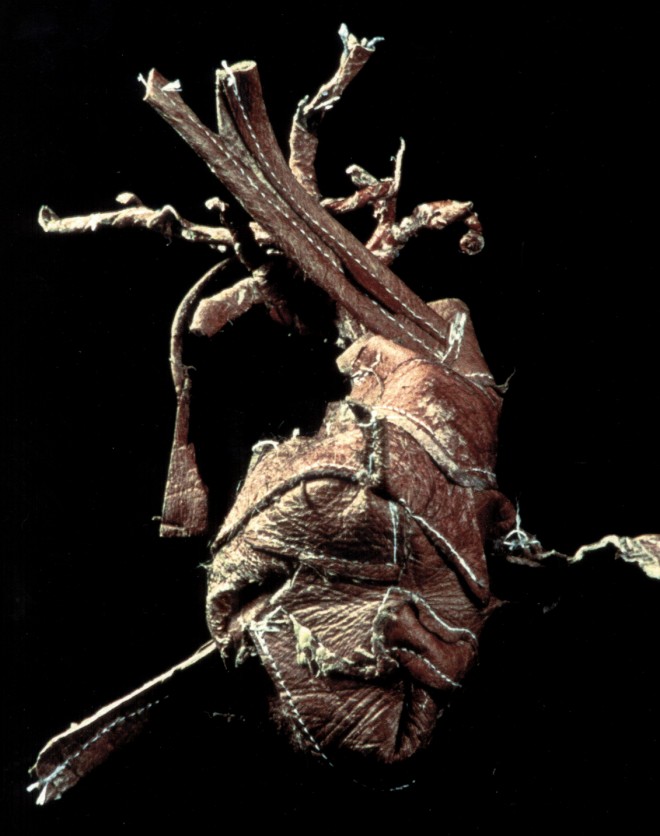 The neurodegeneration of Alzheimer’s patients, the HIV virus and Chernobyl’s botanical mutations are just some of the topics explored in GV Art’s latest exhibition, entitled Trauma.

The exhibition — curated by Dr. Jonathan Hutt and Bojana Popovic — attempts to understand the various manifestations of trauma, both natural and man-made. It aims to reveal the intimate experience of those who live with the trauma while also investigating perceptions of sometimes-concealed mental distress.

Andrew Krasnow’s Hollow Muscle is a sculpture of a heart made out of human skin. He was inspired by the fact that his father suffered three major heart attacks. As a child in the 1960s, the artist would place his head on his father’s chest that was criss-crossed with scars. There are also lithograph prints of the piece on show.

Meanwhile, Luke Jerram is exhibiting a range of delicate glass sculptures of viruses that infect the human body; the pieces question the role of viruses in mankind’s continued existence. He says of the Glass Microbiology series: “Without viruses, the genetic revolution we are now experiencing would be impossible. They serve numerous beneficial functions that we are just beginning to research and understand.”

A series of self-portraits by William Utermohlen chart the degeneration of his mind through Alzheimer’s disease from when he was diagnosed in 1995 through 2000. He died in 2003.

Katharine Dowson has a haunting glass bust of a cancer patient that was cast during their treatment, entitled Radiotherapy Patient 10.

Anais Tondeur’s work focuses on the 18-mile exclusion zone around the Chernobyl nuclear plant. She explores the botanical mutations as a microcosm for the wider implications of the man-made disaster. 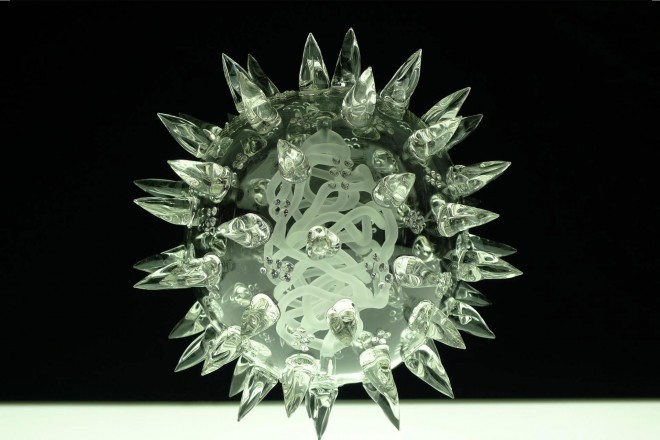