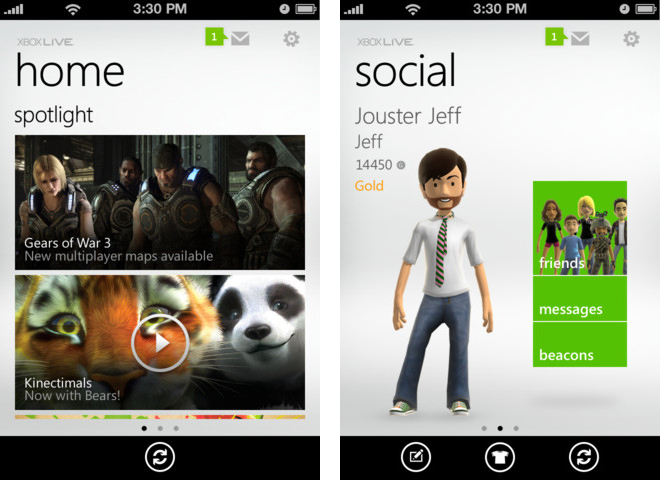 My Xbox Live lets users edit their 3-D avatars, chat with Xbox Live friends and revel in their achievements. You can also check out more information about the newest apps and games on Xbox, as well as gaming tips and breaking news.

Windows Phone users have had Xbox Live services packaged into their mobile experience for a while now, but now iOS users can get a piece of the action. And whether they like it or not, iOS users who download the app are also getting a screen similar to a Windows Phone-style user interface.

The iPhone app features the horizontal bar across the bottom of the screen that houses the same sort of circular icons you’d find in a Windows Phone 7 app. Also included: a clever browser-based demo that lets you virtually explore the UI of a Windows Phone from your Android or iPhone handset. While you may already be on a phone of a different OS, it has potential to lure potential defectors over to Microsoft’s mobile platform.

It’s been a good week for Microsoft. On Tuesday, the company unveiled the details of its upcoming Windows Store for Windows 8, the newest version of the world’s most popular desktop platform. And on Monday, the company announced that the Xbox was getting a user interface refresh, with dozens of new content channels and the addition of a Windows Phone app you can use to control your Xbox. Microsoft’s iOS apps are now icing on top of the cake.

Now when are we going to get those Microsoft Office apps on the iPad?

My Xbox Live is available free for download on the iPhone and iPad in the App Store. 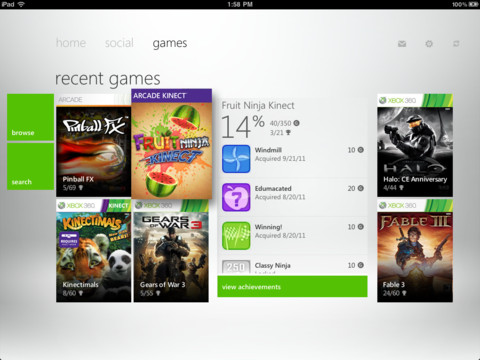