Marty McFly's Original Girlfriend Goes Back to the Future 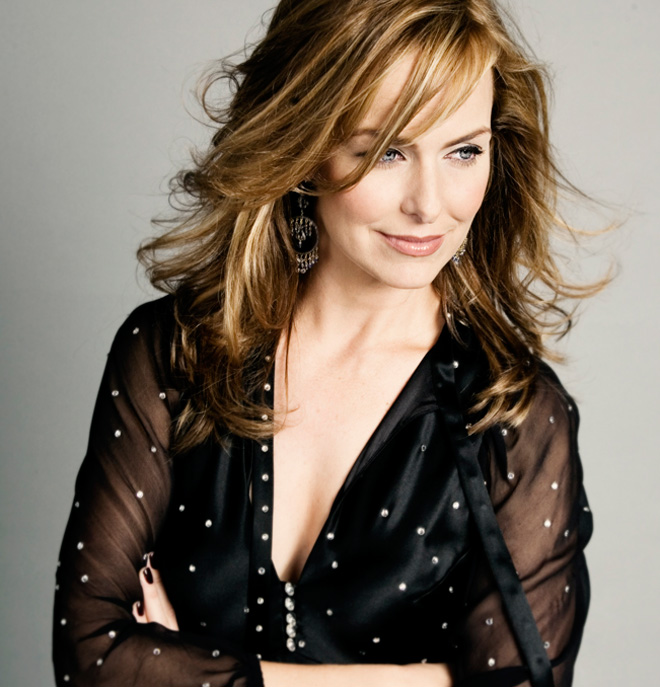 Melora Hardin lost the part of Marty McFly's girlfriend in Back to the Future when Michael J. Fox landed the lead role.
Photo: Myriam Santos-Kayda

Michael J. Fox wasn’t supposed to be Marty McFly. The Back to the Future role originally belonged to Eric Stoltz, a hot young actor who got booted from the movie after weeks of footage were shot.

Stoltz wasn’t the only loser in this Hollywood story: Melora Hardin, the actress originally hired to play the skateboarding protagonist’s girlfriend, also lost the Back to the Future gig when Stoltz got the hook.

Weeks of footage featuring Stoltz was shot and then went missing, but a few clips surfaced last year on the Back to the Future 25th-anniversary bundle. Fans of the movie — including J.J. Abrams, who gave a shout out to the original version of Back to the Future in his TV series Fringe — continue to demand more of the lost footage.

But even if more is recovered, you won’t see Hardin, who you might know from her work on Monk and The Office. Marty McFly’s girlfriend did not appear much in the movie (“How ’bout a ride mister?”), and Hardin was dismissed before she had a chance to shoot a single scene in the role of Jennifer Parker.

“Eric and I met before and I always wanted to work with him,” Hardin told Wired.com. “When we read together, we had great chemistry. I got the part and was so happy, it would have really been my first big movie. It was supposed to be a two-picture deal — they already had the future idea for Back to the Future Part II and knew this character was going to be in it. Even though the script was completely secret, you had to sign a deal for both.”

As the story goes, Stoltz didn’t bring the kind of humor to the Marty McFly role that director Robert Zemeckis envisioned. The helmer ultimately decided to scrap five weeks of shooting and recast the lead role.

The rest is history, and Hardin wasn’t meant to be a part of it.

“I just remember getting a phone call in my parents’ kitchen, Bob Gale and Zemeckis both called me,” Hardin said. “They said, ‘Unfortunately we had to let Eric go and we think you’re too tall for the new guy we cast. His name is Michael J. Fox, but you’ll be towering over him. This has nothing to do with you, we think you’re lovely.’ I burst into tears.”

Her Back to the Future experience only got as far as publicity photos. Hardin says she might still have a proof sheet — possibly slides of those early press materials.

Still, she said isn’t sad about the missed opportunity (and isn’t retrofitting a DeLorean with a flux capacitor in the hope things could work out differently). With projects on the way like TBS’s upcoming The Wedding Band and a possible directorial debut in 2013, Hardin’s excited about her future no matter how Back to the Future played out.