Sleeping With The Enemy: What You Get From Your Pet 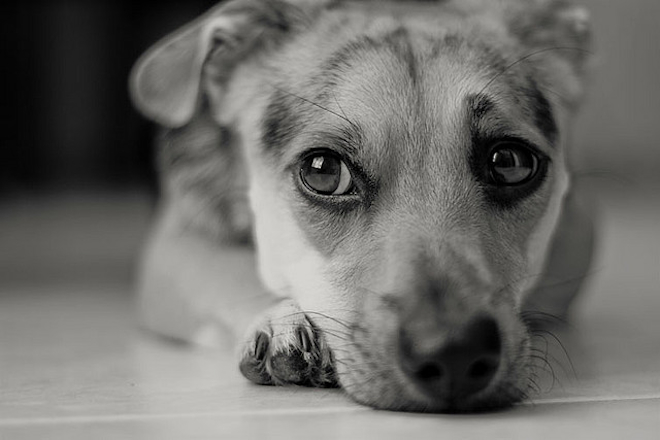 The most numerous and passionate comments I’ve ever gotten here were responses — OK, vituperation and denunciations — to a post describing how a Pacific Northwest family caught plague from their dogs’ fleas.

So I’ll be over in the corner donning a flame-resistant bio-suit — because  it turns out that, when it comes to pets on the bed, plague is not the only health risk. It’s one of many, along with hookworm, roundworm, MRSA, rabies, Chagas disease, Pasteurella, cat scratch fever, Capnocytophaga, Cryptosporidium and Cheyletiella. Oh, and bites.

I learned this thanks to a review article, irresistibly titled “Zoonoses in the Bedroom,” that was published 10 months ago and that I just found thanks to the year-end “most-read” list of the service MDLinx(update: corrected link). The piece, which ran in the CDC’s open-access journalEmerging Infectious Diseases, was written by a UC Davis faculty physician and a staff physician from the California Department of Health and is addressed to the 56 percent of dog owners and 62 percent of cat owners who allow their pets to sleep with them.

Their message, short version: Yes, your puppy (or kitten) is a soft-eyed, big-pawed, jelly-muzzled ball of adorability. Nevertheless, do not let them share your pillow. And no matter how tempted you are, do not smooch them.

“A 2008 matched case–control study surveyed 9 plague survivors, 12 household members of these survivors, and 30 age- and neighborhood-matched controls about household and individual exposures. Four (44%) survivors … reported sleeping in the same bed with a pet dog ….

“B. henselae (cat scratch) infection was suspected and confirmed by serologic testing of a 50-year-old man from Japan, who had left cervical lymphadenopathy and owned a dog that often licked his face….

“A case of meningitis caused by P. multocida in a 60-year-old housewife living in the United Kingdom was reported. She admitted to regularly kissing the family dog….

“A 48-year-old man with diabetes and his wife had recurrent MRSA infections. Culture of nares samples from the family dog grew mupirocin-resistant MRSA that had a PFGE chromosomal pattern identical to the MRSA isolated from the patient’s nares and his wife’s wound. The couple reported that the dog routinely slept in their bed and frequently licked their faces….

“In Australia, septicemia and multi-organ failure developed in a 48-year-old woman after her fox terrier puppy licked a minor burn wound on the top of her left foot…

“A 60-year-old patient with chronic eczema died of septic shock and renal failure and disseminated intravascular coagulation caused by C. canimorsus. The ulcerous chronic eczema of his legs was the most probable port of entry for the organism because his dog used to lick his legs….”

With the resigned tone of researchers who know in advance they won’t be listened to, the two authors make a public health recommendation:

Persons, especially young children or immunocompromised persons, should be discouraged from sharing their bed with their pets or regularly kissing their pets…. Although uncommon with healthy pets, the risk for transmission of zoonotic agents by close contact between pets and their owners through bed sharing, kissing or licking is real and has even been documented for life-threatening infections.

I would have more to say about this, but it’s going to take too long to pry my cat’s claws out of the duvet. So here’s the cite:

Read 2824 times
Published in News Technologique-Tech News
More in this category: « Super Sales: Samsung Shipped 300 Million Handsets in 2011 Craig Newman: Is Crowdfunding the Next Big Thing or an Invitation to Digital Fraud? »
back to top