Buyer's Remorse: How Much Has the F-22 Really Cost? 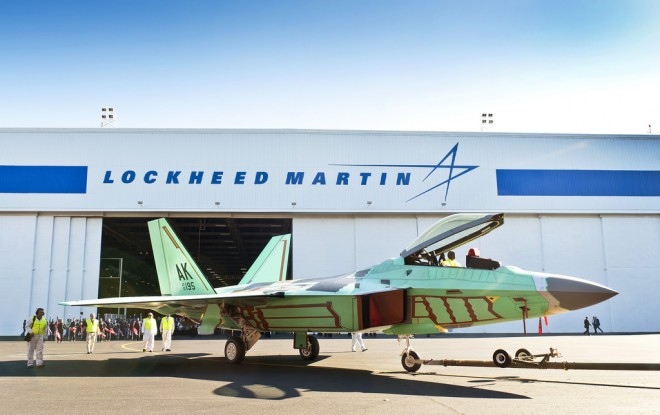 The 196th and final F-22 Raptor has rolled out of Lockheed Martin’s factory in Marietta, Georgia. That means yesterday marked an end to more than 14 years of production for what’s widely considered the most fearsome jet fighter in history. And also one of the costliest.

So what’s the cost? As little as $137 million per jet and as much as $678 million, depending on how and what you count. The thing is, the best way of calculating the F-22?s cost may be the most abstract. But any way you crunch the numbers, the world’s best dogfighter has also been one of the most expensive operational warplanes ever.

Over the years, the Raptor’s cost has been the subject of intense debate in the Pentagon, the White House, Congress and the media. But advocates and critics tend to quote different figures to serve their various agendas. Fans of the twin-engine fighter usually refer to the “flyaway cost” — that is, how much Lockheed charged the government to piece together each Raptor after all development has been paid for. In other words, just construction spending.

By that reckoning, each of the last 60 F-22s set the taxpayer back $137 million, only slightly more than the roughly $110 million apiece Americans pay for a new F-35 Joint Strike Fighter — a plane specifically designed to be “affordable,” whatever that means. (All figures are in roughly constant dollars.)

And just because the last Raptor left the Marietta factory doesn’t mean the unit cost is fixed at $377 million. If the Air Force ever gets around to adding a long-planned-for datalink, the unit cost could increase slightly. Tweaks to prevent future groundings — like those that occurred this year — would also push the unit cost up.

By contrast, the F-35?s unit cost should stabilize at around $157 million, owing to a massive 2,443-plane production run. That’s assuming the Joint Strike Fighter doesn’t get canceled or curtailed following revelations of new design flaws.

There’s a third way to calculate the F-22?s burden on the taxpayer. “Lifecycle cost” adds up the price of fuel, spare parts and maintenance during the jet’s projected 40-year lifespan. The Government Accountability Office estimates it will cost $59 billion to fix and fly the F-22s until they retire. If you add unit cost and per-plane lifecycle cost, you get the total amount the United States spends to design, produce and operate a single Raptor: a whopping $678 million.

F-35 lifecycle plus unit cost, assuming nothing else goes wrong? $469 million, according to Air Force figures quoted by the GAO.

The fourth and final approach to calculating the Raptor’s price takes into account its effectiveness. It’s a trickier measurement. But it might be the best one to consider. It asks: How much value does the U.S. government get from its investment in F-22s?

While it’s undetectable in isolated flyaway, unit and lifecycle cost figures, value is inarguably important. A cheap used car that never leaves the driveway is, in a real sense, more expensive than a car you pay sticker price for and drive every day.

So consider this: since the F-22 entered service in 2005, every other operational warplane in the U.S. arsenal has seen action in Iraq, Afghanistan, Libya or other conflict zones. But the tiny fleet of pricey F-22s, optimized for ultra-rare dogfighting missions, missing key upgrades and frequently grounded, hasn’t flown a single combat sortie.

That should be the real source of buyer’s remorse.

Read 2612 times
Published in News Technologique-Tech News
More in this category: « Microsoft: Yes, Virginia, We Are a Cloud Company New Hipstamatic App Kicks Photography Back to the Old School »
back to top