How PC Makers Can Stave Off Obsolescence 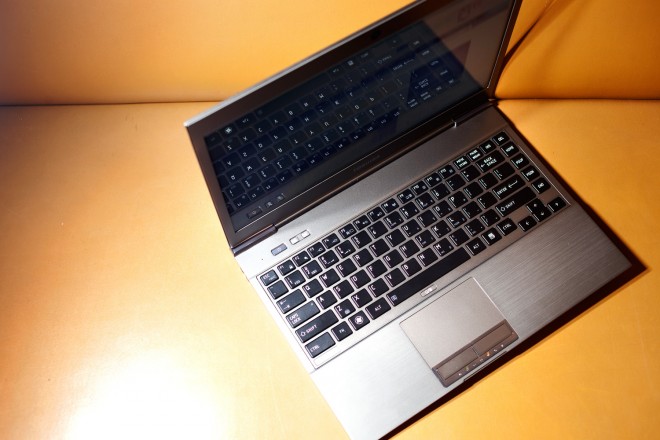 The Toshiba Portege Z835 is a cheap but well-performing member of the ultrabook clan. Photo: Ariel Zambelich/Wired

It’s a scary time to be a PC manufacturer. Tablets and smartphones have changed consumer expectations of computing devices, and that includes notebook and desktop PCs, not just mobile products.

“When the CEO of the largest-market-cap technology firm in the US starts referring to its ‘post-PC’ product portfolio, alarm bells should sound for product strategists at all firms designing technology and content experiences,” Forrester analyst Sarah Rotman Epps wrote in a May report.

Oh, yes, the alarm bells have sounded. Companies from Acer to Microsoft are rethinking what a PC is, what consumers want, and what their smartest creative minds should be focusing on. “PC makers now are keenly aware that the notebook must evolve to maintain market growth and relevance,” the research firm iSuppli stated in a November report.

For PC manufacturers still struggling to cope with the mobile revolution, here are four ways they can more smoothly transition into a new PC era. 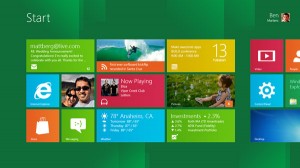 Microsoft’s upcoming operating system, Windows 8, promises to meld the virtues of a mobile friendly, touch-based UI with the traditional interface and x86 applications that Windows has always been known for. Microsoft could have maintained a mobile platform completely separate from the Windows OS, but instead the company bet on a blend of Windows Phone and Windows desktop that’s equally at home on tablets as well as notebooks.

Windows 8 will debut in beta some time in February, and borrows much from the current Windows 7 desktop OS. It features two user interfaces that sit side-by-side on the top of the OS stack: the touch-friendly Metro UI currently used in Windows Phones, and a mouse- and keyboard-friendly desktop UI that looks similar to Windows 7.

Microsoft representative Christopher Flores calls Windows 8 a no-compromise OS: “If you need mouse and keyboard precision, it’s there. Otherwise, you never have to use it.”

And to ensure a rich application environment for developers, Windows 8 apps can be written in HTML 5 and Javascript, as well as more traditional languages like C, C#, Java and Visual Basic, among others.

Windows 8 offers a clever way for Microsoft to maintain a solid footing in its PC past, while simultaneously updating the Windows brand for the mobile era. 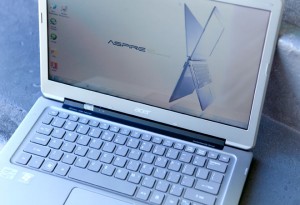 Some manufacturers who’ve traditionally made margins on notebook and netbook sales have decided to go the ultrabook route in order to stay afloat. And ultrabooks aren’t just a response to the evolution of hinged, clamshell-style computers. In some respects, ultrabooks are a response to failed tablet efforts.

HP, Toshiba, and other PC vendors ventured into the tablet space with products like the Toshiba Thrive and the ill-fated HP TouchPad, but consumers just haven’t been taking the bait. If it’s not an iPad, or it’s not dirt-cheap, it’s not a tablet worth having. Or so suggests consumer reaction. PC manufacturers have thus redirected their focus to ultrabooks, a space validated by success of the MacBook Air.

The upcoming CES trade show, which begins the second week of January 2012, should usher in a slew of ultrabook offerings. But where Apple and newer entrants Asus and Acer are keeping their prices around the $1,000 mark, others are trying to to push volume with cheaper entry fees.

“Manufacturers are taking what was previously viewed as premium components and making them more affordable for the mainstream market,” Display Search analyst Richard Shim says.

“There is room for differentiation in the ultrabook space,” Forrester analyst David Johnson says. “The key is to build up to a standard instead of down to price.” 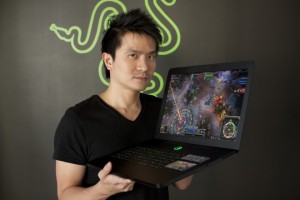 If the masses aren’t interested in traditional PC products, and all else fails, you better cater to specific markets, like the enterprise sector or gaming aficionados.

PC products designed for large fleet deployment are doing just fine sales-wise, Shim says. So any company not-so-hot on ultrabooks can still deliver larger, traditional notebooks and desktops to business folk. But even this may only work as a short-term strategy.

In her May report, Epps writes that the line between work and home is blurring as people want to stay connected, and generally have less leisure time.

Shim also notes that while sales figures are currently good for enterprise-focused PC products, he’s not sure how sustainable these numbers really are. With the “consumerization” of IT, if you will, business users are now jonesing for tablets and smartphones instead of notebooks.

In the meantime, though, Johnson says that all-in-one desktops like the HP TouchSmart 610 are proving to be a rapidly growing PC segment.

There will always be a need for computers designed for specific applications, too. PC gaming looks like it’s on the rise again, with options like Razer’s pricy Blade laptop. And for those working outdoors or in dangerous environments (think construction or the military), there will also be a need for rugged notebooks that can withstand falls, dirt, rain or moisture.

PC manufacturers are currently mired in a transitional period, but so far we’re not seeing any super-innovative products. Instead, manufacturers are mostly playing catch up in areas that already show potential — this rather carving out new market segments of their own.

“Reacting to the market has its consequences,” Shim says of this. “If you give consumers what they want, you’re not expanding their view of technology.”

Unfortunately, however, it’s hard to get people to pay for something they don’t understand, unless you happen to be an exception like Apple. This is one of the biggest challenges manufacturers face in today’s economic environment, Shim says.

But there is potential for innovation, especially in Microsoft’s upcoming Windows 8 platform.

Maybe we’ll start seeing some innovative — and not crappy — tablet-notebook hybrids in the future. Perhaps a device that stretches the imagination, and challenges how we think about computing. Now is also the prime time to heavily invest in an up-and-coming technology that could be the next big thing — devices with 3-D gesture-detecting projectors perhaps?

It’s time for PC makers to evolve. Or go extinct.

Read 3085 times
Published in News Technologique-Tech News
More in this category: « Three Smart Things About Food Irradiation Crunching Data to Stop Baddies Before They Strike »
back to top