How Ignorance Could Improve Group Decisions 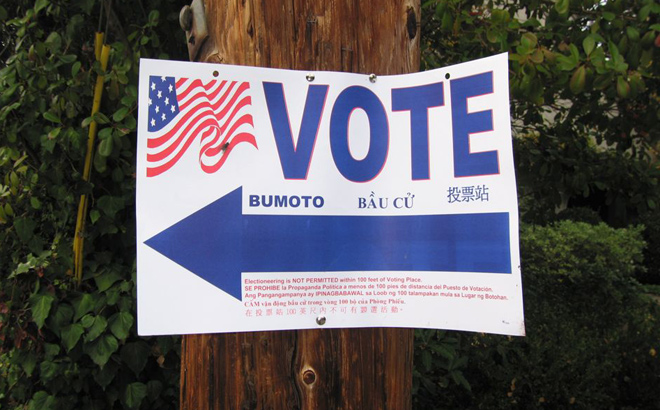 How do groups of animals make collective decisions? Last week, we learned that bees reach consensus by headbutting those with opposing views. But in many other species, the decision-making process is a bit more democratic. In cases where social animals are unrelated and have different self-interests (such as our own), contrasting opinions are common. But it can be just as common for individuals to either be uninformed about the options, or simply not care much about the decision.

Researchers have long wondered how the dynamics of decision-making work in these cases. Some evidence suggests that those who are ignorant or naïve are subject to manipulation by a loud, opinionated minority. If this is true, uninformed individuals are detrimental to democratic decision-making, since they can turn over power to a minority. However, a new study in this week’s Science shows that, under certain conditions, uninformed individuals actually shift the balance toward the majority, enabling a democratic process where the majority rules.

First, the researchers created a simple computational model in which a group of virtual animals had the option of moving to one of two locations. There were few rules: virtual animals were attracted to each other and tended to travel in the same general direction. Based on these rules, the individuals acted like members of a rudimentary social group.  Then, the researchers varied the number of animals that wanted to go to each location and the strength of their convictions.

Things got more interesting when the researchers added animals without a preference to the model. Under these conditions, even when the minority’s preference was extremely strong, the presence of the “uninformed” individuals actually returned control to the majority. The more uninformed individuals there were, the stronger this effect became (up to a point; eventually noise took over).

The researchers then used an experimental approach to ask the same questions using golden shiners, a very social species of fish known for their schooling behavior. Some fish were trained to swim to a yellow target in the tank, and some were trained to move toward a blue target. Intrinsically, the fish preferred the yellow target—even after training, their preference for the yellow target was stronger than their preference for the blue target. This created an natural way to test the researchers’ theories.

The results from these lab tests mirrored the findings of the computational model. When the minority of fish in the tank were those trained to go to the yellow target (meaning they had a strong preference for the option), they won out and the group went there. When untrained fish were introduced into the tank, however, the majority regained control, even though their preference for the blue target was weaker. When the majority of the fish in the tank were trained to go to the yellow target, the presence of untrained fish had no effect.

Under these conditions, the presence of ignorant or naïve individuals actually tends to lessen the influence of a strongly-opinionated minority. Clearly, these experiments are simplistic compared to the conditions under which many collective decisions are actually made in nature (or in our electoral system). Additionally, in this study, only two options were being considered. In real life, there are often multiple possibilities. In other words, it’s probably not realistic to predict or explain our upcoming elections with these results. But they’re a good start to understanding the dynamics of collective decision-making.