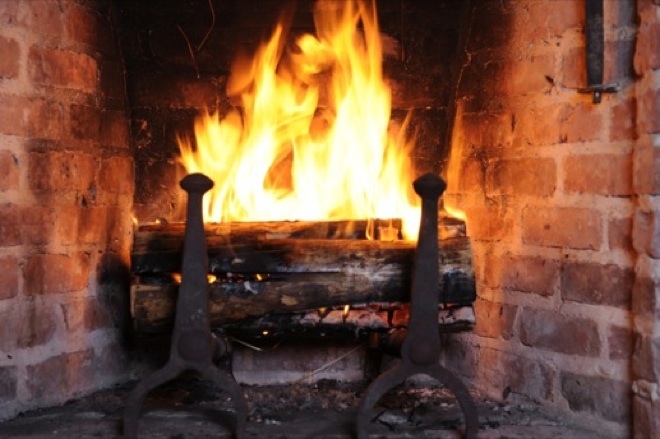 If you’re the type who plans your holiday decor with CAD, or programs synchronized light shows conducted by a robo-Santa in the front yard, you probably also wish your yule log could be a little more high-tech. And a flatscreen version won’t do — you’re too traditional.

The Light ‘n Go Yule Log adds a dash of old-fashioned thermodynamic physics to a Christmas tradition. With strategically placed cuts and channels and paraffin-coated paperboard wick tucked into one end of a kiln-dried, heat-treated log of Estonian origin, the ultimate yule log lights with a single match — an easy out for those who can’t get a fire started without three Sunday papers and a quart of lighter fluid.

The log’s manufacturer also claims its product is mold-, mildew- and insect-free, and comes individually wrapped, with a twine handle and a little bell, too.

Essay Group, which markets the patented log, also purchases large amounts of timber at Estonian government auctions, and ships it to the U.S. for use as regular firewood, specializing in white birch for the fireplace-obsessed. In fact, the company has the “remedial firemaking” business cornered, with firestarters that light like matches (badass), a light-n-go bonfire log (burns like it’s propane-powered), and the only kindling manufactured solely for that purpose, as opposed to the typical byproduct from industries like furniture making.

Ingenious — selling both the firewood and a complete firewood destruction system. Kind of like the dentist who gives you a lollipop.

The log, however, performed as advertised during hands-on testing. The wick burned down into the series of overlapping cuts in the log, and though it seemed touch-and-go at times, the log burned completely. It never quite became the picture-perfect television yule log of olde, and at $8 a log, I’d rather it came with a nipper bottle of booze instead of a bell.

But that’s the price to pay for ineptitude with man’s oldest technology.

Read 4495 times
Published in News Technologique-Tech News
More in this category: « What Exoplanets Might Really Look Like Little Exoplanets Found In Tiny Solar System »
back to top