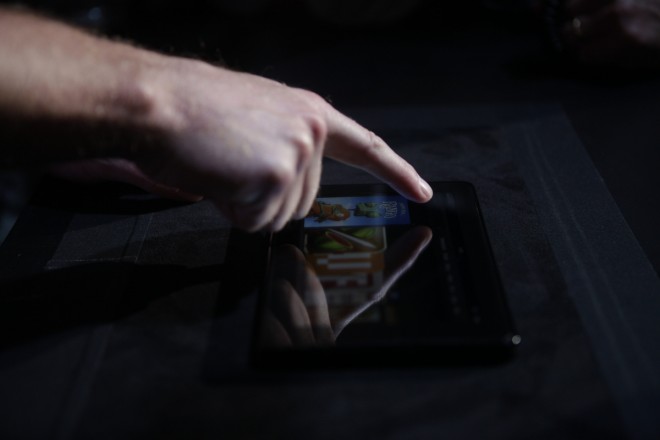 Kindle Fire owners can now hide their habits, and stop others from using their tablets for nefarious purposes. Photo Victor J. Blue/Wired.com

Amazon has released its promised Kindle Fire software update, which is geared to fix many of the problems the tablet has suffered since it launched. The update won’t add a proper hardware volume control, of course, but it’s advertised to address some of the performance problems we called out in our generally negative review.

The update, which can be sent automatically to your Kindle Fire, “enhances fluidity and performance” and “improves touch navigation responsiveness.” This should hopefully address the sluggish, “did-I-press-it-or-didn’t-I?” issues reported by pretty much all users with eyes and fingers.

It’s worth noting that Amazon’s posted language explaining the update doesn’t specifically call out any performance enhancements to the tablet’s Silk browser, which we criticized in our original review as being “preternaturally slow,” both in terms of page load times, and touch-swiping across a page.

But perhaps more importantly — especially for people with both dubious reading/viewing habits and young children in the house — the update includes a feature that allows you to hide content from the home-screen carousel. Thus, you can not only remove the Kama Sutra from view, you can also pretend that you don’t own a copy of Bridget Jones’s Diary, in either movie or book form.

The 6.2.1 update is also notable for the fact that it removes root privileges from Fires that have been rooted, and also prevents future rooting.

To receive the update, simply connect to the net via Wi-Fi, go to your Quick Settings menu, and hit Sync. You can also update over USB by following the instructions here.

Read 4333 times
Published in News Technologique-Tech News
More in this category: « Onset of Electrical Resistance Measured for First Time 2011 is the Year of the Hacktivist, Verizon Report Suggests »
back to top