How Smartphones Are Changing Photography: The Numbers Are In 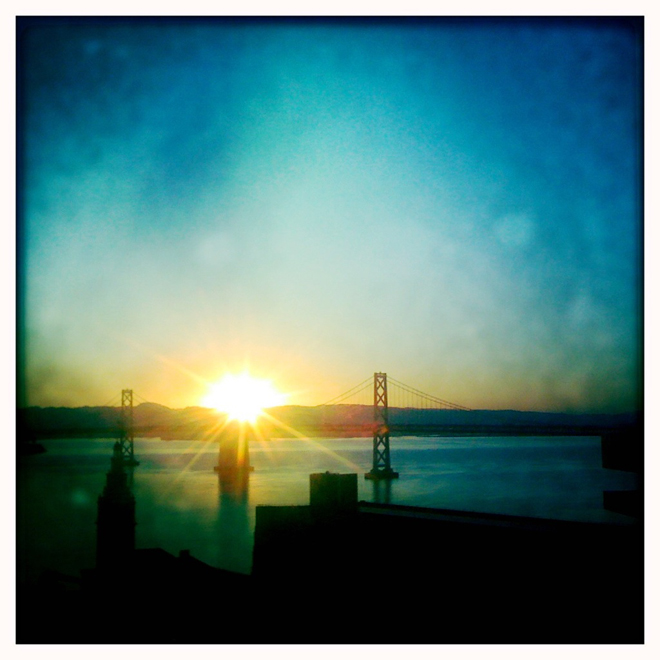 A photo of the Bay Bridge taken on an iPhone 4. Photo: David Gardner

Although global smartphone adoption is still just below 30 percent, smartphone photography is growing in popularity, disrupting traditional camera use in the process.

NPD made this trend clear in its Imaging Confluence Study, which found that smartphones accounted for 27 percent of photos shot this year — last year, the number was 17 percent. Accordingly, photos shot with dedicated cameras dropped from 52 to 44 percent. 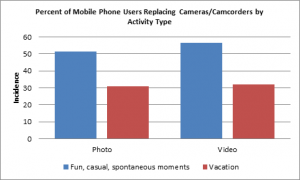 “There is no doubt that the smartphone is becoming ‘good enough’ much of the time; but thanks to mobile phones, more pictures are being taken than ever before,” NPD’s Liz Cutting said in a statement. In short, before smartphones hit the scene, most people found themselves without a camera during unexpected photo opportunities. But now smartphones help ensure we always have an image-capture device at hand — and they’ve trained us to take more photos.

What’s more, today’s smartphone cameras actually yield acceptable image quality. That 5MP or even 8MP hardware on the back of your mobile phone now rivals the sensors of larger point-and-shoots, giving us yet another reason to snap an image in the field.

And it’s not just average Joes who think that smartphones make a decent camera. Famed celebrity photographer Annie Leibovitz said that the iPhone is “the snapshot camera of today” and that it’s “accessible and easy” during a November appearance on NBC. And how’s this for a telling statistic: In June, the iPhone 4 surpassed the Nikon D90 and Canon EOS 5D Mark II as the top camera on Flickr.

The iPhone has even been used in place of a traditional camera to document war in Afghanistan and to snap memorable photos of the Tour de France. Apple’s decision to choose popular photo-sharing social network Instagram as its 2011 iPhone app of the year is also a nod to the trend and popularity of smartphone photography.

An independent U.S. filmographer even shot a full-length movie with a Nokia N8 smartphone. The film, Olive, stars 81-year old Oscar nominated actress Gena Rowlands, and is regarded to be the first feature film ever shot completely with a smartphone.

“Mobile photography is great because it has such a low barrier to entry,” Sincerely community manager and mobile photographer Doc Pop says. “Without a large investment, anyone can get into photography. Most folks already own a phone with a camera on it, and most of my favorite photo apps are under a dollar.”

In the future, though, dedicated cameras — especially point-and-shoots — may need to take a page from the smartphone book in order to stay relevant.

“I believe the photo apps available for the iPhone right now are a glimpse into the future of what the next wave of cameras have in store for us,” Doc Pop says. “Within five years, app stores and internet connectivity will be standard on any point-and-shoot camera.” 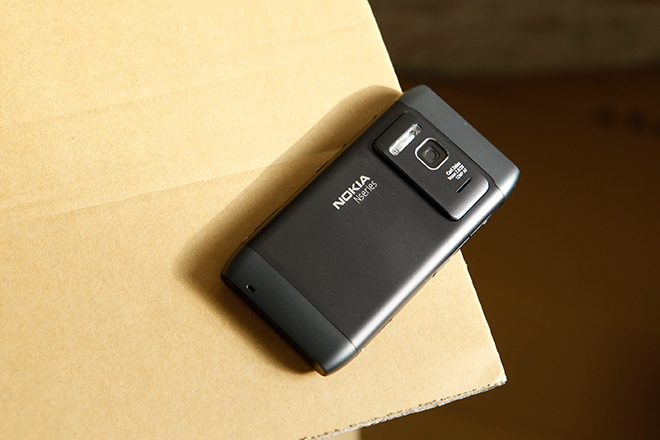 The Nokia N8 was used to shoot a feature film. Photo: James Merithew/Wired