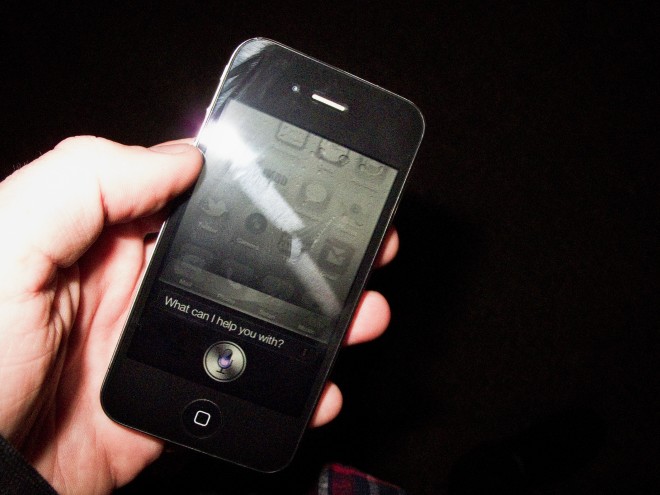 iPhone 4 or 4S? A screenshot of Siri on an iPhone 4. Image: Jon Snyder/Wired.com

These Siri hacks are getting serious. The latest one is the work of two veteran hackers, and, unlike previous Siri ports, is technically legal — though legal certainly doesn’t mean the same thing as “endorsed by Apple.”

Grant Paul (chpwn on Twitter) and Ryan Petrich have hacked Siri, Apple’s virtual digital assistant, to run on any jailbroken iOS 5 device with a tool they call Spire. Petrich previously hacked an iPhone 3GS to run Siri, and Paul has a number of hacks available in the Cydia app store, where Spire is also currently available.

In his blog post, Paul says that Spire “uses a new method to obtain the files necessary for Siri, so it doesn’t have the copyright issues encountered by previous attempts.”

However, there is still one major obstacle for Spire: It requires an iPhone 4S proxy server in order to actually communicate with Apple’s servers. A proxy server is essentially a middle man that makes requests of another server. In this case, the proxy server receives your Siri requests (e.g., “Siri, what time is it?”) and then fetches a response from Apple’s servers.

The easiest solution — and the option that’s available now — is to grab the proper proxy server authentication tokens from a iPhone 4S. This donor phone could be your own 4S, or the 4S of a trusted confidante. But Paul also thinks we could soon see fee-based services that will rent you space on a Siri proxy. What’s more, Paul believes something like Google’s speech API could be used to get around some of the data-parsing Siri normally would handle.

Earlier this month, a hack brought Siri to jailbroken iOS 4 units, but it was definitely illegal, utilizing copyrighted binaries from the iPhone 4S. Before that, developers at Applidium reverse-engineered Siri’s protocol. They posted their instructions online so intrepid iOS hackers could port Siri to other iDevices using a 4S UDID. Siri’s also been hacked to control a thermostat and a rotary dial phone, among other things.

Although “Spire was cool and all,” Paul hints that there’s more to come. Does it have to do with Siri? Guess we’ll have to wait and see.

Read 5551 times
Published in News Technologique-Tech News
More in this category: « Occupy Geeks Are Building a Facebook for the 99% How Professional Throwers Are Building a Better Yo-Yo »
back to top