Gladwell vs. Shirky: A Year Later, Scoring the Debate Over Social-Media Revolutions 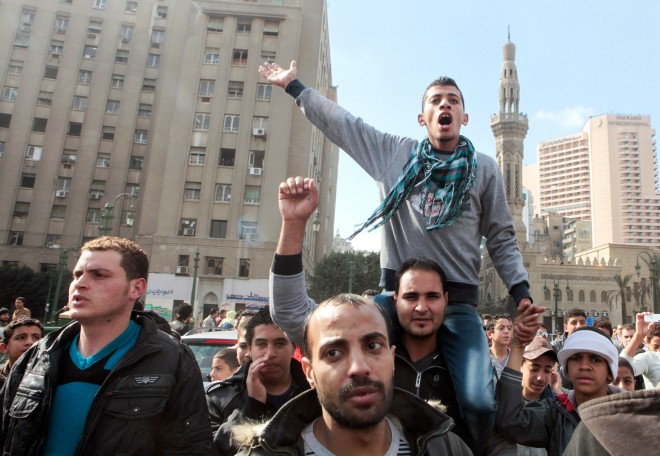 Now that 2011 is coming to a close, it’s worth looking back at an intellectual argument that played out just as the year was beginning — back before we saw the spread of the Arab Spring, the UK riots, the Occupy movement, and so much else.

In one corner was the New Yorker’s Malcolm Gladwell, who argued in an October 2010 piece that the media had oversold Twitter and Facebook as tools for political action. Citing research by Doug McAdam, a Stanford sociologist who studied the biographical patterns in 1960s civil-rights activism, Gladwell emphasized the distinction between “strong-tie” social connections — close, personal relationships of the sort that drew committed activists to protests in the Jim Crow South, despite the risk to their lives — and “weak-tie” ones, the kind of connections you have with acquaintances who might merit your friendship on Facebook, or a follow on Twitter, but not (say) the opportunity to borrow your car. Online social networks, Gladwell argued, were inherently weak-tie affairs, and therefore ill-suited to get people out into the streets.

In the other corner was NYU professor Clay Shirky, whose book Here Comes Everybody had been called out by Gladwell as “the bible of the social-media movement.” Gladwell had pointed to a prominent story in the book about Evan Guttman, a New York banker who helped get his friend’s Sidekick back by shaming the girl who refused to give it up. “A networked, weak-tie world is good at things like helping Wall Streeters get phones back from teen-age girls,” Gladwell had written. “Viva la revolución.”

A couple of months later, Shirky fired back in Foreign Affairs with a long essay [reg. req.] making the case that electronic media had, in fact, played a crucial role in a number of overseas uprisings: the 2001 impeachment of the Philippine president, South Korean protests against U.S. beef in 2008, the 2009 defeat of the Communist government in Moldova. He granted Gladwell’s point that much of what passes for “activism” online is superficial, like campaigns to “like” various causes on Facebook. But, Shirky argued, “the fact that barely committed actors cannot click their way to a better world does not mean that committed actors cannot use social media effectively.”

In the following issue of Foreign Affairs, the two men had a brief exchange of letters that probably serves as the simplest introduction to their warring points of view. Gladwell:

[J]ust because innovations in communications technology happen does not mean that they matter; or, to put it another way, in order for an innovation to make a real difference, it has to solve a problem that was actually a problem in the ?rst place. … [F]or [Shirky's] argument to be anything close to persuasive, he has to convince readers that in the absence of social media, those uprisings would not have been possible.

I would break Gladwell’s question of whether social media solved a problem that actually needed solving into two parts: Do social media allow insurgents to adopt new strategies? And have those strategies ever been crucial? Here, the historical record of the last decade is unambiguous: yes, and yes.

So: A year later, whose argument looks better? Certainly, lots of people will be inclined to see the events of 2011 as an outright refutation of the Gladwell camp. As I spell out in my cover story for the January issue of Wired, the year has seen crowd unrest around the globe, with social media playing an organizing role in just about all of it.

But it’s important to take Gladwell seriously on his most important line of questioning: At the end of the day, does the tech really matter? As he somewhat peevishly put it, in a blog post directed at his critics during the height of the Egyptian uprising in February, “surely the least interesting fact about [the Egyptian uprising] is that some of the protesters may (or may not) have at one point or another employed some of the tools of the new media to communicate with one another. Please.”

And I actually think he’s right.

Read 4744 times
Published in News Technologique-Tech News
More in this category: « There Is No Such Thing as Android, Only Android-Compatible Radio Zeta: How Mexico's Drug Cartels Stay Networked »
back to top