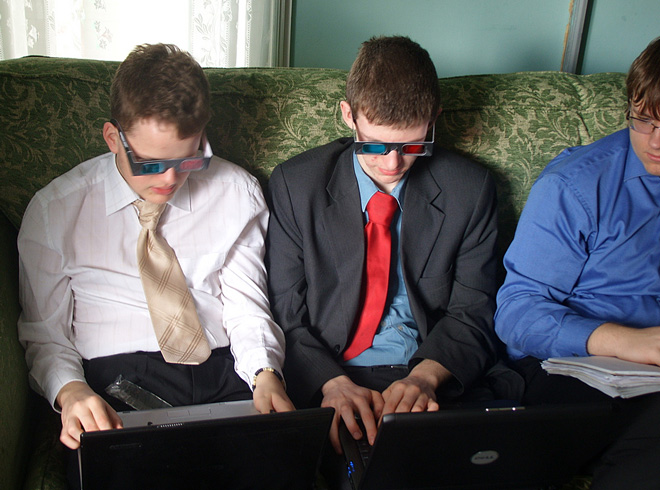 However, I march to the beat of a different drummer. In fact, he may not actually be a drummer at all — I think he’s actually the guy I hired to fix my water heater.

Nonetheless, rather than probing the heights or descending the depths of the past year, I’m going to talk about the top 10 things nobody cared about in 2011.

Google+ rose from the shallow, smelly end of the San Francisco Bay to become, if not the Godzilla of social media, then at least Gamera: awkward and ungainly, but beloved of a cadre of really intense nerds. Few people remember that along with Google+ came another feature that was supposed to revolutionize something or other: Google Sparks. The idea is that you entered in words? And then it collected articles for you? Or something? Sparks still inhabits the left content bar of Google+, but it is generally thoroughly ignored.

Windows is like the Mission: Impossible movies: We know another installment will be around sooner or later, but it’s increasingly difficult to figure out a reason to care. iOS startled a complacent world, Android unlocked the potential of such an interface in a more open context, and Windows for Tablets opens Word documents pretty OK. Supposedly Windows 8 is going to bring Windows to the tablet in a spectacular way. Also, supposedly Zunes were going to not suck.

At long last, the Eurodarling of streaming music came to the United States. Trumpets blew, horses reared, children did that thing with ribbons that children do in old paintings, and people did not care. The music industry is like Popeye in that old cartoon where termites are eating the house faster than Popeye can repair it, and there is no can of spinach in sight. Ten years ago, $10 a month for millions of free tracks would have been a great deal. Now, with so many of the nation’s younglings perfectly comfortable grabbing music for free, for 10 bucks you’d better have Lady Gaga show up in person wearing a dress made of live geckos.

Avatar showed the world what can be done with 3-D, and the world promptly ignored James Cameron’s shining sci-fi example and extruded an endless series of movies into a crappy, unconvincing version of the third dimension. 2011 was supposed to be the year of the 3-D television set, but faced with high prices, clunky glasses and the aforementioned crappy cinematic selection, it ended up being the year of not caring about 3-D television even a little bit.

6. The Adventures of Tintin

Hey, here’s a brilliant idea. Take a comic book series nobody in the United States cares about except as an answer to a trivia question about ’80s band The Thompson Twins, and make a movie about it. But here’s the brilliant bit: Completely ignore the amazingly understated and clear linework that the six people who do care about Tintin admire, and instead clench out another mo-capped CGI-fest. Now everyone’s alienated! Fans briefly made outraged noises when the trailers for The Adventures of Tintin came out, and have since settled into ignoring the movie and instead renting the Gerard Depardieu version of Asterix and Obelix.