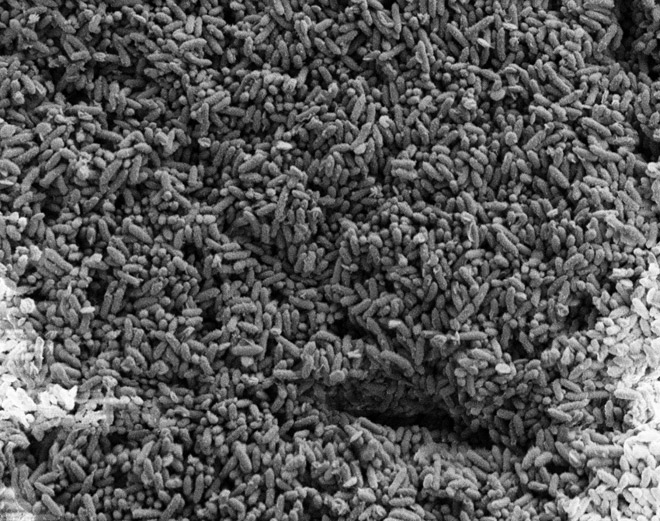 For NASA’s Martian rovers, it seems that bigger is better. The $2.5 billion (£1.6 billion) Curiosity — which is currently whizzing towards the red planet following its November 2011 launch — is five times bigger than twin predecessors Spirit and Opportunity.

In fact it’s taller than most basketball players at 2.2 meters high, and is about the size of a small SUV with its three-meter length. Add on its humongous robot arm, which can reach out another 2.2 meters, and you’ve got only seriously huge rover.

To power such a beast needs a lot of energy and the robot packs a radioisotope power system that generates electricity from the heat of plutonium’s radioactive decay. It will fuel the enormous rover for at least 687 Earth days (one Martian year).

But at the US Naval Research Laboratory, space roboticists are researching planetary explorers at the other end of the size spectrum. While Curiosity weighs about the same as a giraffe (900kg), these autonomous micro-rovers would be lighter than a bag of sugar, at just one kilogram.

Gregory Scott at NRL’s Spacecraft Engineering Department has been awarded a NASA Innovative Advanced Concepts (NIAC) research grant to investigate the initial phase of tiny planetary robots that are powered by bacteria.

Micro-robotic explorers, powered by microbial fuel cells, could represent an efficient and reliable energy source on a planet without human intervention.

Microbial fuel cells harness the metabolic processes of bacteria, sending harvested electrons through an anode-cathode-resistor circuit to generate electricity. The advantages are that bacteria can be squashed into a battery with high energy density compared to traditional lithium-ion power sources, and the ability of microorganisms to reproduce acts like a natural battery charger.

Scott reckons that a portion of the microbial energy would be used to maintain on-board electronics and control systems, while the rest would be directed toward slowly charging a battery or capacitor. Once enough energy is stored, the autonomous robot would be able to use a more power intensive scientific instrument or to propel itself forward.

His research will focus on a pure culture anaerobic bacterium, such as Geobacter sulfurreducens, and look at ways to increase the energy produced by MFCs, and eliminate the existing bulk associated with the battery infrastructure, such as large, power intensive pump systems.

“As we move forward in the utilization of MFCs as an energy generation method, this research begins to lay the groundwork for low powered electronics with a long-term potential for space and robotic applications,” says Scott in a press release. Microbial fuel cells coupled with extremely low-power electronics and a low energy requirement for mobility addresses gaps in power technology applicable to all robotic systems, especially planetary robotics.”