How to Recycle 2011's Old Gadgets for Good Karma, Profit 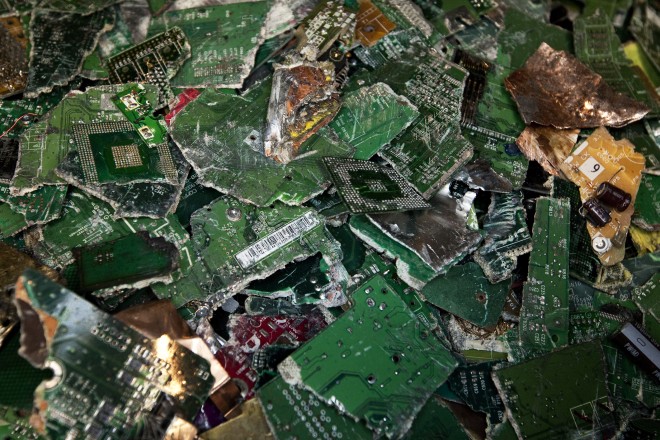 It’s 2012. You just got a new laptop, smartphone, or TV for the holidays. Heck, maybe you received all three. But now your old gear is destined for a bookshelf or closet where it will just gather dust — or peg you as a compulsive hoarder.

If you don’t mind putting in a little bit of effort, you can get rid of last year’s gear (or even gadgets from a bygone decade) in an eco-friendly way. And you could even earn some cash in the process.

Whatever you do, just don’t throw your old electronics in the trash. In 2005, an estimated 304 million electronics (PDF) were disposed of in the U.S., which equates to 1.5 to 1.8 million tons of e-waste. In 2010, that figure increased to 2.4 million tons, and in 2011, the e-waste numbers should only rise: The Consumer Electronics Association estimates that one-third of gift purchases this holiday season were some type of consumer electronics.

We’re constantly getting new electronics and blithely tossing away our old stuff. This is hell on the environment, because e-waste — even when tossed in landfill — can leak harmful chemicals into the soil or water supply.

You have three main choices for properly getting rid of your old electronics gear: trading it in, donating it or recycling it. Here’s an overview of each option.

Trade-ins and buyback programs will earn you a gift card or cash for your old gear — as long as it’s working and in good condition.

If you’re ready to winnow down your collection of DVDs, Blu-ray discs, electronics, books, and video games, take a look at Amazon’s Trade-In store. There are about 8,000 items in 11 product categories eligible for this trade-in program.

The process is easy: You find the item you’re thinking about trading in, and then define your hardware’s condition (trade-in prices adjust accordingly). You then print out a shipping label, and send off the gear to Amazon. In turn, Amazon gives you a gift card in the amount of your trade-in.

Best Buy offers an online trade-in service for a wide variety of products. And if you purchased an item earlier this year and opted in to Best Buy’s Buy Back Program, you can sell your stuff back to Best Buy for an amount that varies depending on how long you’ve owned it.

Apple has a recycling program for its devices that follows a similar procedure. For Apple’s Reuse and Recycling Program, you first define the condition of your iPhone, iPad, or Mac desktop or notebook. You’ll be asked questions like, “Does the battery fully charge?” and “Are there any cracks or damage to either the display or case?”

Once you’re established your trade-in value and opted in, you’ll get an Apple Gift Card that can be used online or in the company’s retail stores. If your gear is in good condition, you could get up to $150 back on a black 16GB iPhone 4, up to $300 for a 2009 MacBook, or up to $165 for a 32GB first-generation Wi-Fi-only iPad.

A number of other major retailers and manufacturers offer trade-in and buy-back programs as well. HP has a buyback program for its products, though if you’re trying to move a TouchPad, you’ll only get $8.66 for it. Ouch! Kodak also buys back a number of its products, from digital cameras to consumer printers.

The EPA has a huge list of manufacturers and retailers who will take back your old hardware, as well as other resources for donating and recycling gear.

If you’re not hurting for cash, consider donating your old electronics. Your tech could be used to fund a good cause, or go to someone who perhaps wouldn’t otherwise be able to afford it.

The National Coalition Against Domestic Violence will refurbish and resell most of the phones they get in order to fund programs that help victims of domestic violence. Phones not sold are recycled. Verizon Wireless’ HopeLine program functions similarly.

You can also donate your old cell phone to Operation Gratitude, which sends care packages to U.S. troops abroad. The organization will sell your donated phone and use the funds for the packages of food, entertainment, and toiletries that they send to our military. Cell Phones for Soldiers, endorsed by AT&T, sends troops pre-paid mobile phones so they can stay in touch with loved ones while overseas. 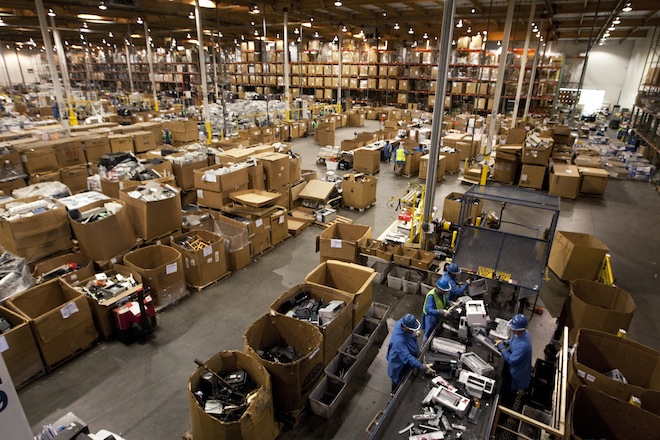 Don’t throw your electronics in the trash! There are a number of different services you can use to recycle your old electronics in a way that won’t harm the environment.

Greener Gadgets offers a tool that lets you search by zipcode to find electronics recycling locations near you. The site also lists a number of companies that have buy-back and trade-in programs. You can also search Alcoa for recycling centers in your area.

If you want to get rid of your old computer or display in an eco-friendly way, Apple will help you out regardless of who manufactured the device through WeRecycle!. You can call 877-712-2405 for a free shipping label. Apple’s recycling program home page has more information and links to electronics recycling locales in the U.S. and internationally. Dell Reconnect will also recycle any computer, in any condition, at locations around the country.

Call 2 Recycle has information on drop off locations where you can recycle old rechargeable batteries. For old Mac batteries, you can also bring them to an Apple Store where they will recycle them for free.

If you’re completely overwhelmed with what you should do now, check out Ecosquid to easily compare options in your area. And if you know of any other good resources or causes for taking on discarded electronics, feel free to share them in the comments.