5 Nintendo 3DS Games You May Have Missed 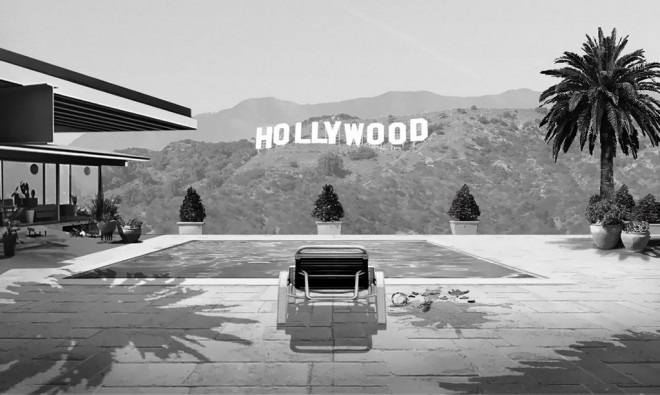 Collected every medal in Mario 3D Land? Sick of getting smashed by blue shells?

If you’re looking for more experiences on your Nintendo 3DS now that you’re finishing up the major holiday releases, I have bad news for you: There aren’t many of them. As 3DS approaches its first anniversary, there are still only a few dozen games on store shelves. What’s strange, though, is that even with such a small library of games, the ones that are there have tended to sneak out with very little fanfare. I’ve seen a lot of 3DS games show up at the local GameStop before I ever saw a press release or any other indication that they were coming out.

Here are five under-the-radar 3DS releases that I’ve played recently. Some were surprisingly good. Others, you can tell why nobody wanted to make a big deal about them. Either way, consider yourself armed with more information than I had.

If you’re looking for a Professor Layton-style game to play while the first 3DS game in that series is still being readied, you could do far worse than James Noir. (See later in this piece for how much worse.)

James Noir’s Hollywood Crimes, created by Ubisoft Montreal, would seem to owe its existence not only to its gameplay inspiration Layton but also to L.A. Noire. You’re a contestant on a Hollywood game show in the 1960s who quickly ends up being hunted by a serial killer. The gameplay revolves entirely around watching the story play out, then solving a wide variety of logic puzzles.

It’s got a weird visual style, oddly appealing in its old-school ugliness to anyone who played CD-ROM adventure games in the early 1990s; all of the characters are represented by cut-out color photographs of actors that flip back and forth between a few poses and mouth positions without worrying if the lips are syncing to the dialogue. The script reads like it was written in English by someone for whom English is not their first language; all the grammar makes sense but it’s all just slightly off-kilter, non-native. I was confused for a while until I realized that the script constantly uses the word “good” in place of “correct;” e.g., “Choose the good answer.”

The quality of the puzzles make or break a game like this, and the hundred or so brainteasers here basically hit the mark. There’s not as wide a variety of them as in Layton; many are just harder and harder iterations of puzzles you’ve already played. A lot of them are standard puzzles taken from a few different books, like Hashiwokakero.

Verdict: Not as good as the games it steals from, but good enough for genre devotees.

The special appeal of this set of 7 virtual pinball machines is that it contains FunHouse, one of the most fascinating pinball designs ever. That’s the one where you shoot the ball into the mouth of the talkative, slightly creepy marionette that runs the carnival’s after-hours peep show. This machine fascinated me as a child.

The 3DS’ dual screens are used to display the pinball machine upside-down, with the table on the upper 3-D screen and the score display on the bottom. If you’re a total purist, you simply have to flip the 3DS over at any time and the game will flip the images over, creating a more true-to-life orientation of the two screens with the table on the bottom. (And since the 3DS screen sits at an angle, it even has the vague shape of a pinball table when you do this.) But I found I preferred holding the 3DS at a natural angle rather than contorting my fingers to have the pinball table set the right way.

Pin-Bot, Gorgar, Black Knight, Space Shuttle, Taxi and Whirlwind fill out the collection. You can play them all on their own, playing not only for high scores but also achievements — “activate multi-ball” or “score at least 7,200,000 points” in the case of FunHouse. Once you get the five basic achievements for each table, more difficult ones unlock. This is vastly preferable to just trying to set higher and higher scores.

There’s also a challenge mode that has you play each table in succession, setting a minimum score requirement before moving on to the next one. After you’ve played all seven, your scores are totaled into one megascore for the challenge mode leaderboard. Even better, you can still set individual table achievements when playing this mode.

Verdict: This is just what I want from a pinball collection; lots of tables and many different ways to play them.