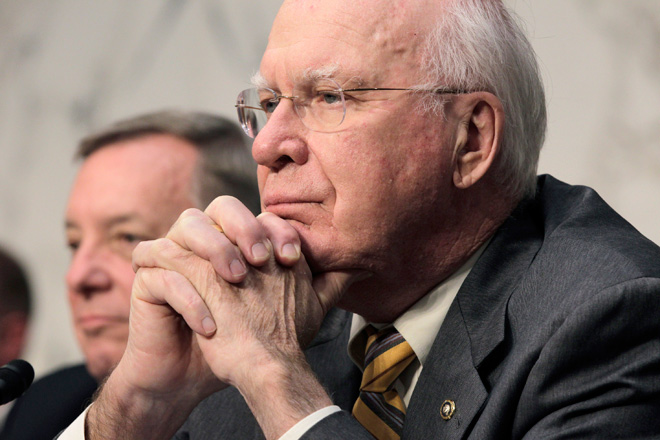 Sen. Patrick Leahy (D-Vermont) said Thursday he is having second thoughts on a major provision of a bill he is sponsoring that would force changes to internet infrastructure to fight online copyright and trademark infringement.

The legislation under the Protect IP Act mandates that ISPs alter records in the net’s system for looking up website names, known as DNS, so that Americans couldn’t navigate to sites the attorney general deems are infringing. Critics, including some of the net’s leading security experts, say that would sabotage U.S. government-approved efforts to secure DNS against hackers and break the internet’s unified naming system by introducing lies into infrastructure.

The House is considering similar legislation called the Stop Online Piracy Act, which calls for the DNS redirecting but also allows ISPs to employ other censoring methods such as deep-packet inspection to prevent American citizens from visiting sites the attorney general maintains are dedicated to infringing activities.

The bills are in response to Hollywood’s  arguments that hundreds of thousands of jobs are lost every year due to pirate websites, despite little evidence to back up their claims. On the other side, much of the tech world maintains that the open nature of the internet has created millions of jobs, that millions of people pay for content online and that copyright and trademark holders already have the legal tools to fight copyright infringement.

A Leahy spokeswoman said it was too soon to say whether Leahy would altogether drop PIPA (.pdf) from requiring ISPs to take any action to block navigation to infringing sites.

“Leahy has made it clear that some change in that provision is needed,” Leahy spokeswoman Erica Chabot said in a telephone interview.

Leahy made the announcement via a press release and an interview with Vermont Public Radio on Thursday when he said “I’ve authorized my staff to tell … the other senators that I’m willing to hold that back in the final piece of legislation,” referring to inserting false information into DNS. “That in itself will remove a lot of the opposition that we now have.”

There are 40 co-sponsors of the Leahy measure, meaning no amendment is guaranteed.

Digital rights groups like Free Press and Public Knowledge applauded Leahy’s announcement, but said it did not go far enough.

“Even with that change, however, the bill would still be unacceptable,” said Sherwin Siy, deputy legal director of Public Knowledge. “The definitions in the bill are still far too sweeping, it still grants too much enforcement power to private parties, and still confers inappropriate blanket immunity for private companies.”

The announcement comes on the heels of Rep. Darrell Issa (R-California) scheduling a hearing for Jan. 18 before the House Committee on Oversight and Government Reform. Issa, the committee’s chairman, is calling prominent internet security experts and others to testify about the security ramifications of DNS redirecting.

Among those summoned are Stewart Baker, the former Department of Homeland Security policy director, who has said tinkering with the Domain Name System “would do great damage to internet security.”

Internet experts maintain that the SOPA and PIPA measures would break the internet’s universal character and hamper U.S. government-supported efforts to roll out DNS-SEC, which is intended to prevent hackers from hijacking the net through fake DNS entries.

What’s more, both bills essentially grant the government the authority to bring lawsuits against so-called rogue websites and obtain court orders requiring search engines like Google to stop displaying links to them. They would allow rights holders to seek court orders instructing online ad services and credit card companies from partnering with the infringing sites.

In May, the PIPA legislation sailed out of Senate Judiciary Committee that Leahy heads, but it was blocked from going to a Senate floor vote by Sen. Ron Wyden (D-Oregon) who invoked a rarely used Senate hold.

On Jan. 24, the Senate is expected to vote on whether to unwind Wyden’s hold, which would take 60 votes. If 60 votes are reached, Leahy may introduce an amended version of PIPA. According to the press release, the use of DNS redirecting could be included in the bill, but not be put into law until a commission or agency investigates the technical soundness of the measure.