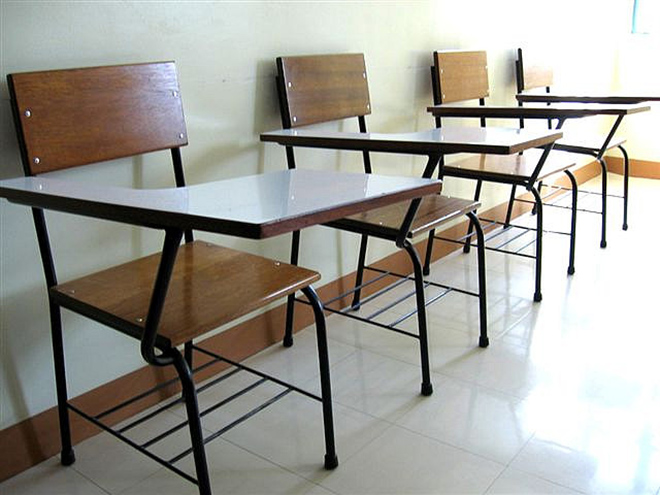 The National Center for Science Education has been defending the teaching of evolution since before Edwards vs. Aguillard, the 1987 Supreme Court decision that declared the teaching of creationism an unconstitutional promotion of religion. Although its primary focus is on supporting teachers and students by helping them handle public controversies caused by science education, the organization played a critical role in the Dover case, which blocked the teaching of creationism’s descendent, intelligent design.

Although the organization’s title refers to science education generally, evolution has been the primary area of science that has been under attack for reasons that have nothing to do with the latest research. But over the last several years, that’s changed as more and more bills have been introduced that target both evolution and climate change. With times changing, the NCSE is changing with them. Today, it’s announcing that its support of students and educators will be broadened to include climate change. We talked with the NCSE’s executive director, Eugenie Scott, about the decision.

Scott said that the NCSE’s work with teachers on evolution made them aware that teaching climate science was becoming controversial. “It’s been a growing realization of ours that, just as teachers get hammered for teaching evolution, they also are getting hammered for teaching global warming and other climate change topics,” she told Ars. “They’ll start talking about global warming and a student’s hand will shoot up, ‘teacher, my dad says global warming is a hoax.’ We’ve had accounts where students would get up and walk out of the room.”

The NCSE also heard about school boards that enacted policies that would dictate how things would be handled in the classrooms, and noticed the legislation we mentioned above. Scott said that all these events left the NCSE staff thinking “we really should look into this.”

What they found were some clear parallels between evolution and climate science. Just as the controversy over evolution takes place within the public and not among scientists, Scott said, “There’s not a debate going on within the science community about whether the climate is getting warm and whether people have a great deal to do with this.” There were also parallels in terms of motivation. “The basis for antievolution is ideological,” Scott said, pointing to its religious nature. “There’s also an idealogical basis for anti-global warming, it just happens to be a political and economic ideology.”

The details of the arguments differ—”creationists don’t talk a lot about sun spots,” Scott joked—but the NCSE considers the structure of the arguments to be very similar. Ultimately, “Both [groups] are making a pedagogical argument, that it is somehow good pedagogy, good critical thinking, for students to learn both. That it is somehow a good pedagogy for students to learn good science and bad science.”

Because of these similarities, the NCSE has decided that their past experience can be helpful. “The anti-climate change controversy is about where the antievolution controversy was 20 years ago,” Scott told Ars. “We’ve learned a lot—we including the scientific community—dealing with the evolution controversy and, with luck, maybe we can get ahead of this.” One of the things they’ve learned is that the “deficit model”—the idea that people don’t like the science because they don’t understand it—doesn’t really apply. “You’re not going to be effective if you are talking about only throwing more science at people who hold different views from you—you have to deal with the ideological component as well,” Scott said. “Our experience with that will hopefully be useful.”

As with evolution, most of the focus will be on tracking efforts by state legislators to dictate how science education is handled (Scott says there are already five bills that target evolution active in various states). The NCSE will also continue to advise and support teachers and families that find science education under attack in their communities. Right now, many schools don’t teach climate science at all; if they do, it’s likely to be in middle school earth sciences or high school ecology classes. But that may change, as Scott said national science standards that are in the works are poised to include climate science, and nearly half the states have promised to adopt them.

But there will be some distinct challenges. “We’ve always argued ‘do what’s best for the kids, teach good science.’ The nice thing about evolution is that we can also say ‘and by the way, if you try to teach creationism/intelligent design, you will be sued and you will lose, because all the case law is against you,’” Scott said. “There’s nothing comparable with climate change. There’s no constitutional protection against bad science. What we have to do is persuade people, help them understand what is good science, and why their kids should learn good science.”

To help get the organization ready for the challenge of persuading people, the NCSE has hired Mark McCaffrey, a scientist that has focused on climate literacy. They’ve also placed the Pacific Institute’s Peter Gleick on their board.

For now, Scott doesn’t see any other areas that the NCSE would need to handle. She called politically controversial scientific topics the group’s “ecological niche,” since the group’s goal is to try to keep the politics out of science education: “Our big concern is that science education not be politicized. We see it happening with climate change science. We’d like to do what we can the help teachers from keeping it from getting worse.”

Read 18206 times
Published in News Technologique-Tech News
More in this category: « Gaze Longingly at 007 Speedsters at UK Exhibit A Google-a-Day Puzzle for Jan. 18 »
back to top