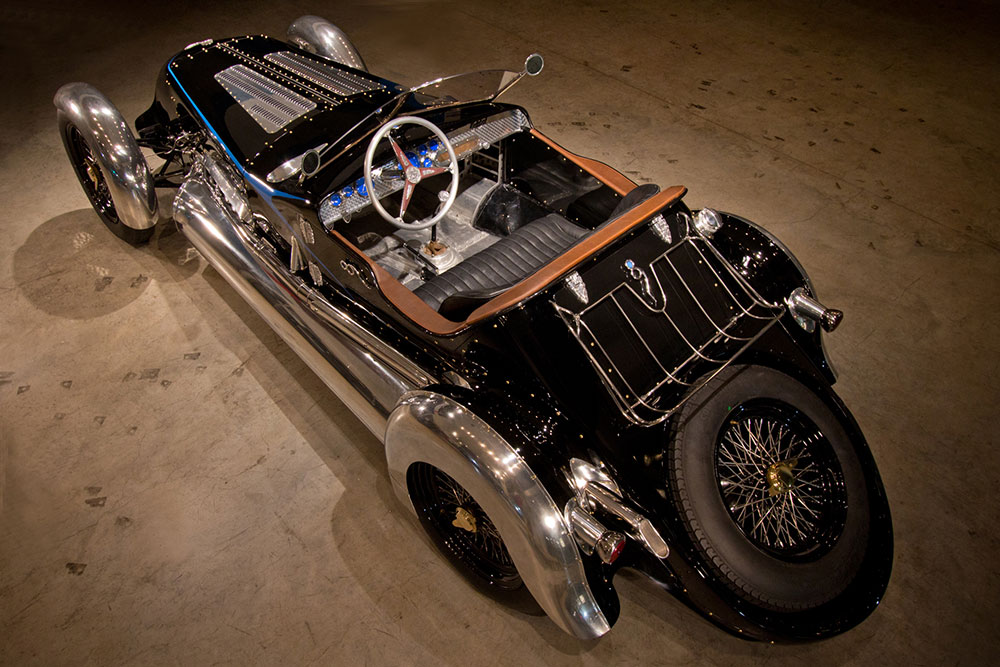 Solutions to modern problems sometimes can be found in a distinctly classical place. The Magnolia Special was built to recapture the grace and romance of 1930s European roadsters — internal combustion and all — yet it emits 40 percent less CO2 than an equally powerful gas-burning automobile. And it does this using technology as old as internal combustion itself.

The Magnolia Special is the first bespoke, hand-built car built specifically to run on compressed natural gas. If nothing else, it proves eco-friendly need not mean boring.

“I really don’t think that environmentalists are worth a damn as car designers,” says J.T. Nesbitt, who designed and built the Magnolia Special. “They just lack passion. If the problem of global warming is left only to them, our cars are really going to suck.”

Nesbitt is a talented and passionate motorcycle designer strongly influenced by his adopted home of New Orleans. You may have seen his work ridden by Ewan McGregor in The Island. His representation of the arc of a whip, realized in a carbon fiber frame and fuel tank, created a motorcycle that perfectly fit into a high-tech future despite its old-school aesthetic.

Nesbitt is doing so again, this time for real, by capturing the beauty of the past in a vehicle relevant to the future. 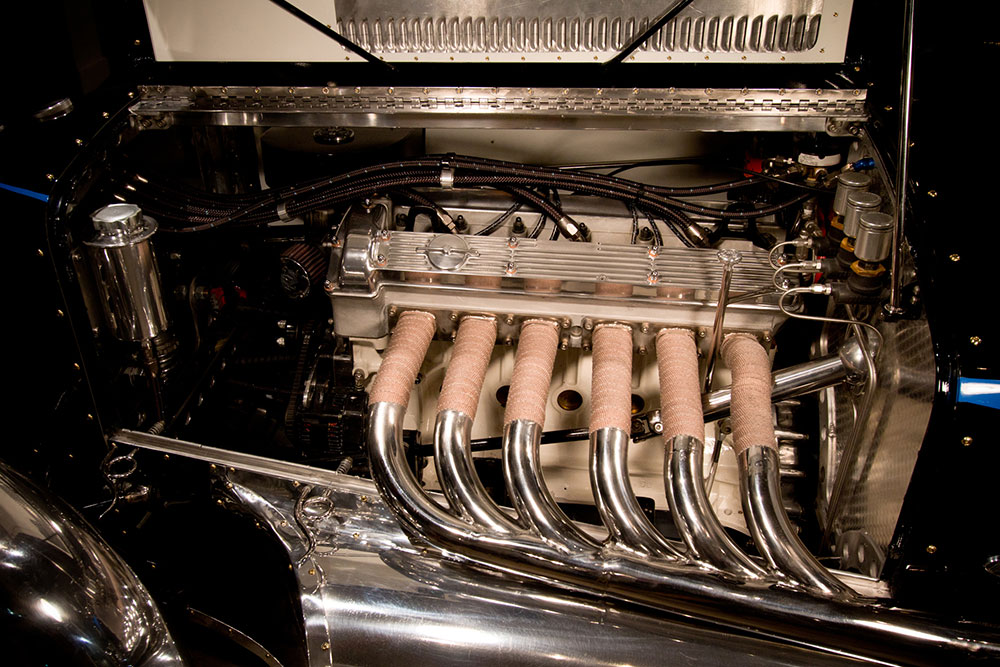 Nesbitt started sketching the car in 2008. It’s his first take on an art-deco roadster theme. Think vintage Alfa Romeo or Jaguar and you won’t be far off. In fact, the car uses an engine based on Jaguar’s fabled 4.2-liter inline-six, the same one that powered the original E-Type. Nesbitt chose the engine because its torquey nature and strong internals work well with CNG. It also helps that the long, narrow engine looks great beneath the car’s louvered aluminum hood. It’s only making 200 horsepower, but with 300 pound-feet of torque, the performance won’t disappoint, particularly in a car that weighs just 2,700 pounds. That torque-to-weight ratio beats the Porsche 911.

“The Jaguar six only won Le Mans like what, five times?” Nesbitt says of the engine. “The 4.2 is such a great torque motor and CNG is really a torque fuel, so it’s a great pairing.”

“That setup allows the highly stable fuel to achieve complete combustion,” he says.

CNG is a popular conversion for fleet vehicles. But the gaseous fuel requires bulkier tanks than those designed for liquids. This presents a problem for automobiles, because the tank typically eats up a lot of space. By incorporating those tanks into Magnolia’s fundamental structure, Nesbitt made that drawback into an advantage: The tanks add torsional strength to the thin aluminum body. That’s a first in automobile design and construction, and a big part of what makes this vehicle so unique. 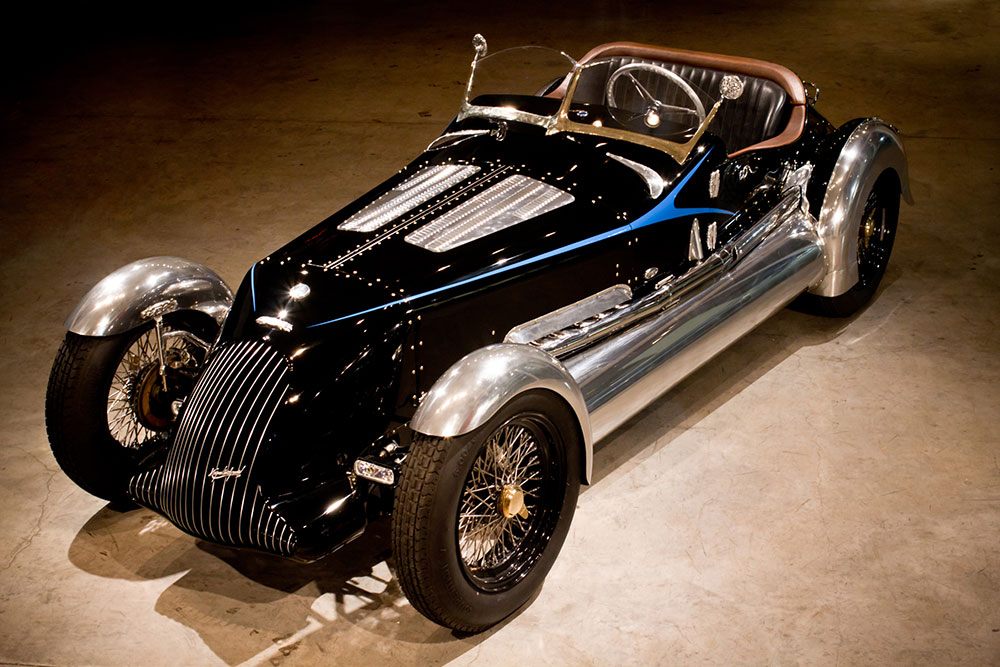 “The CNG storage tanks are really the only piece of high tech on this car,” Nesbitt says. “Everything else could have been made 100 years ago. They’re made from a carbon composite wrapped around an extruded aluminum core. The burst pressure is 4,800 PSI, but they’ll normally be filled to 3,600 PSI. They’re incredibly strong, yet very lightweight. I can actually pick one up and walk around the shop with it. That’s amazing.”

If CNG is cleaner than gasoline — the natural gas-burning Honda Civic GX is consistently ranked the greenest internal combustion car on the market — why isn’t CNG a more popular vehicle fuel? Nesbitt has a theory.

“In 1903, H. Nelson Jackson drove from coast to coast, cementing gasoline as the fuel that would power the automobile for the next century. You have to understand that back then there were gasoline cars, steam cars and electric cars, and no one was sure which would prove to be the standard. Jackson proved the viability of gasoline with his record-setting trek, and the rest is history.”

“I think that a true test of an alternative fuel now, just as then, must be endurance,” he adds.

With that in mind, Nesbitt and his friend Max Materne, who helped with the electrical engineering of the car, plan to drive the Magnolia Special from New Orleans to New York to Los Angeles this fall. He plans to prove the fuel’s viability and raise awareness of CNG along the way.

Magnolia’s 700-mile range — the equivalent of 30 gasoline gallons — will help, but finding CNG isn’t that hard. There are CNG filling stations coast-to-coast, and the average cost is 85 cents a gallon. If you have a natural-gas line at home, such as for your stove, you can even buy a converter to make your own CNG.

“Kinda cool to have your vehicle’s fuel bill show up every month on your utilities bill,” says Nesbitt, who fills up the car in his French Quarter studio.

So what’s a motorcycle designer, land-speed record racer and gasoline-fueled hedonist doing worrying about the environment? Hurricane Katrina awakened him to the need to address the causes of global warming.

“Magnolia stems from that concern, but satisfies my passion for real cars, too,” he says.

And make no mistake, this is a real car. Nesbitt built the boxed steel chassis himself. Then he called in Tim George, a renowned Porsche race engine builder, scooter racer and furniture builder from Denver, to help hand-form the aluminum body.

Despite the classic design, Magnolia benefits from thoroughly modern suspension. Up front you’ll find pushrod-actuated inboard coil-over shocks and rack-and-pinion steering. At the rear is a four-link suspension with adjustable shocks. Disc brakes are used on all four wheels.

A steel cage encases the passenger compartment for safety and the underside is sheathed in aluminum to increase aerodynamic efficiency. All the bodywork is easily removed via brass fasteners, making repairs a snap. 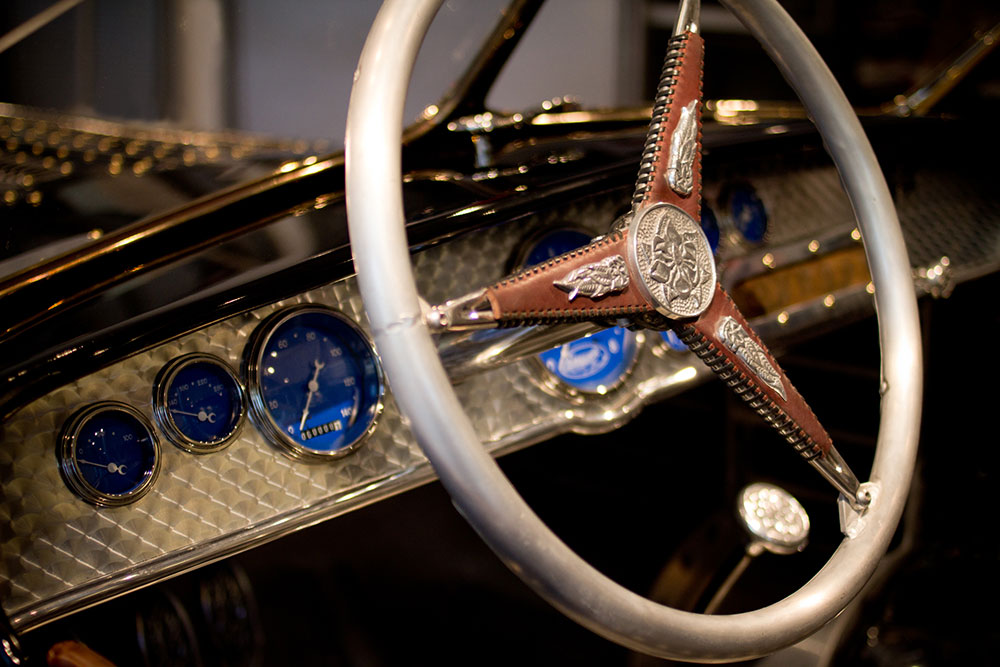 No detail has been left untouched. Just look at the steering wheel, sheathed in hand-tooled leather, and the gorgeous hand-turned aluminum dashboard. Another feature you don’t typically find in environmentally friendly cars: a five-speed transmission and posi-traction rear differential.

“Just think about how many custom cars get built in this country every year,” Nesbitt says. “All of that talent, effort and money. What if some of that were harnessed to solve greater problems? It seems like the guys who build cars are inherent problem-solvers and a truly underutilized resource in this country. Simply put, no one’s ever asked them to sit down and work on something like this.”

“We’ve all been sold this idea that to be green we have to be high-tech,” he adds. “I reject that notion. Now, I am not a technophobe, but you’ve got to concede that the future is not going to be a videogame. Things will still be mechanical, people will still work with their hands. There will always be room for craftsmen. I know that a digital wristwatch keeps better time than a wind-up equivalent, but there’s very little romantic connection to them. Electric cars may represent a piece of the environmental puzzle, but I have a hard time getting excited about electrons flowing through circuit boards. I like camshafts and pistons and valves. I like things that make a wonderful noise. CNG satisfies my love for that animation without the guilt of damaging the environment to such a significant degree.”

Nesbitt isn’t driven by profit, but passion. He has no plans to commercialize Magnolia.

“For now, the object is to have fun,” he explains. “I just want to be a part of the solution and make beautiful things in the process.” 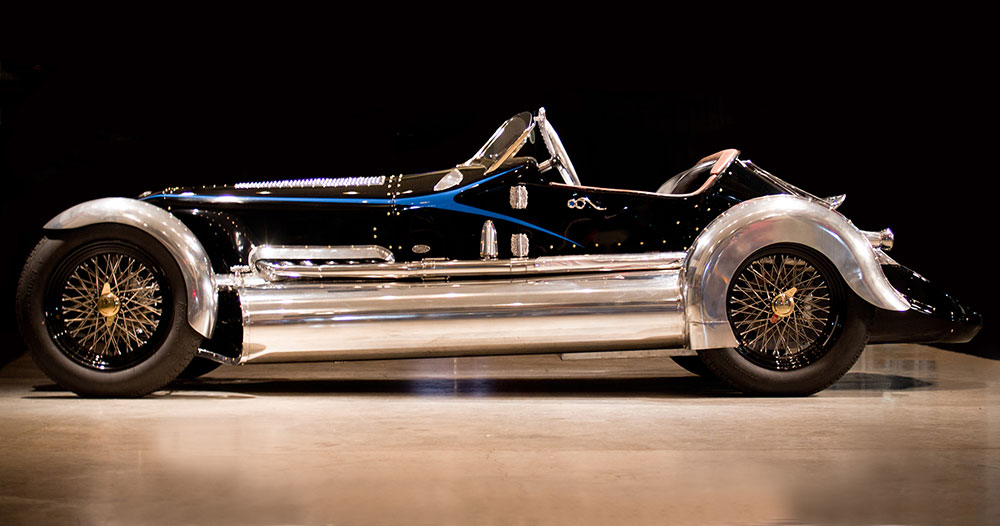 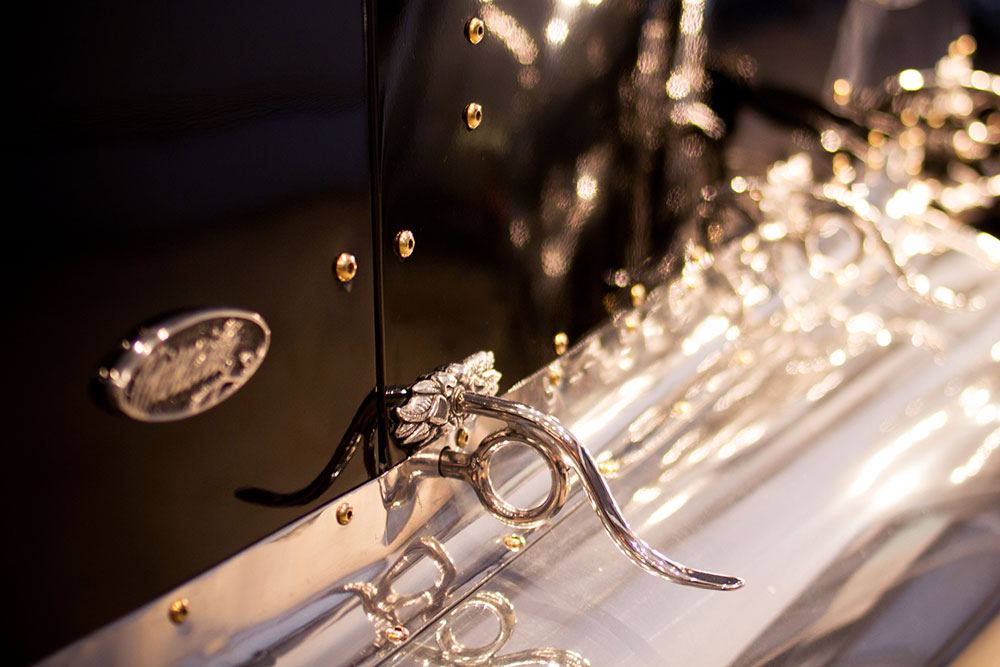 The Magnolia Special is replete with gorgeous details.

Read 4068 times
Published in News Technologique-Tech News
More in this category: « Alt Text: How Apple and HP Win Big by Losing How The CIA Became 'One Hell of a Killing Machine' »
back to top