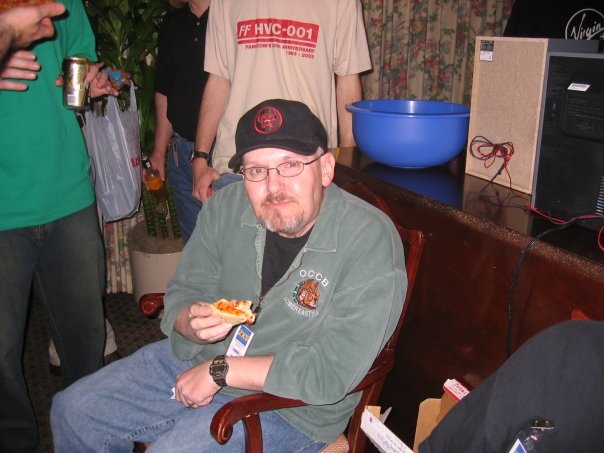 Bill Kunkel, a pioneer of videogame journalism who co-founded the first magazine devoted to the beat and coined much of the lexicon still used in gaming today, died in his Michigan home early Sunday morning. He was 61.

Kunkel complained that he was not feeling well at about midnight on Sunday, his wife Laurie told Wired. Soon thereafter, he suffered what doctors believe was a heart attack and died in his home, she said.

Kunkel started his editorial career doing all sorts of things: Writing comics for Marvel and DC, shooting photographs of professional wrestlers for Main Event magazine. Videogames, he would write later, helped him funnel his many talents into a single pursuit — the creation of gaming journalism.

Together with his lifelong friends and business partners Arnie Katz and Joyce Worley, Kunkel penned the first regular column about games, “Arcade Alley,”  in Video magazine starting in 1978. In 1981, the trio founded Electronic Games, the first magazine devoted to gaming. Later, as part of the company Katz Kunkel Worley (KKW), he contributed his personality-filled writing to early magazines like VideoGames & Computer Entertainment and the 1990’s revival of Electronic Games.

“Everything they did set the bar for what we all did after,” said Andy Eddy, former editor of VideoGames & Computer Entertainment. “When I started working with them at the start of my career, I really relied on them and their connections. They gave us authority, expertise and access that helped us immensely.”

Read 3159 times
Published in News Technologique-Tech News
More in this category: « Violence in Video Games: It's All Part of Growing Up San Francisco Police Assist Apple To Recover 'Lost Item' »
back to top