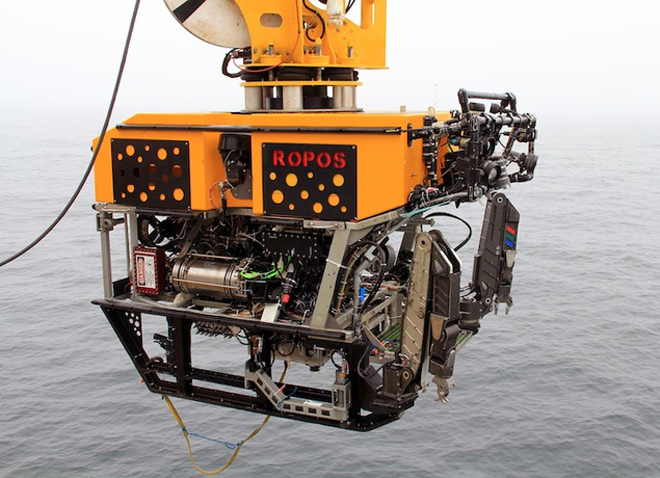 A 274-foot research vessel — named Thomas G Thompson — has just completed a Visions ‘11 expedition to aid the installation of a whole host of web-enabled sensors that will monitor the ocean in the Pacific Northwest.

The expedition was part of the installation of the Ocean Observatories Initiative’s (OOI) high-power and high-bandwidth cabled ocean observatory, funded by the National Science Foundation. Once in place, it will measure the physical, chemical, geological and biological fluctuations in the ocean and seafloor.

The OOI’s aim is to collect and connect data from around the world. This particular expedition surveyed cable and sensor locations at Southern Hydrate Ridge and Axial Seamount. The idea is to move away from ship-based research and put a network of permanent sensors in place that can collect data for many years.

The team used a robotic vehicle called ROPOS that can lift up to 1,800kg  off the sea floor at up to 5,000 metres below sea level. Power is supplied to ROPOS through an umbilical cord that also has an optical fiber for transmitting data.

Some of the achievements of the expedition include documenting a volcano that erupted at Axial Seamount last spring. New maps could be produced based on the changes to the sea floor following the eruption and collect samples of the newly formed lava.

The team also managed to photograph one whole side of the Southern Hydrate Ridge at high resolution. Some 11,000 images were taken, which informed the placement of the sensors and nodes.

The team also discovered a large field of “snowblowers” — chasms that open up from an area between two plates where there is new lava flow, revealing colonies of microbes which billowed out from the new vent openings.

In a visually arresting but less scientific experiment, they also submerged a Styrofoam model head and coffee cup to explore the effects of pressure at 5,000 feet below sea level — where they shrunk under 150 times the pressure we experience on land.

The observatory is scheduled to go online in 2014. Real-time data will be streamed online so that researchers and citizen scientists will be able to follow the findings and build apps based on the data.

See more images in a gallery at Wired UK. 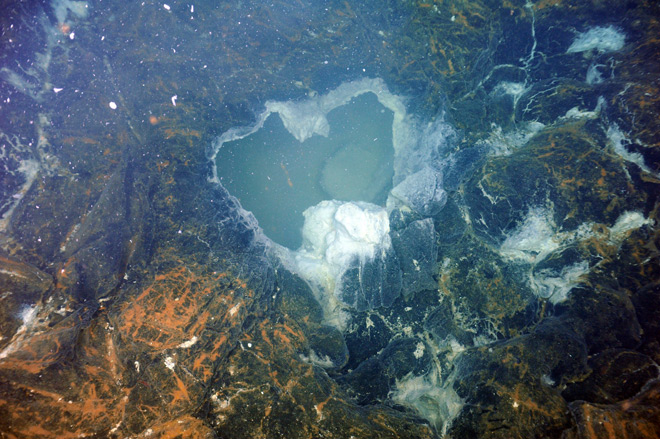 Images: Canadian Scientific Submersible Facility and the University of Washington