5 Essential Online Tools for Finding New Music (or Music That?s New To You) 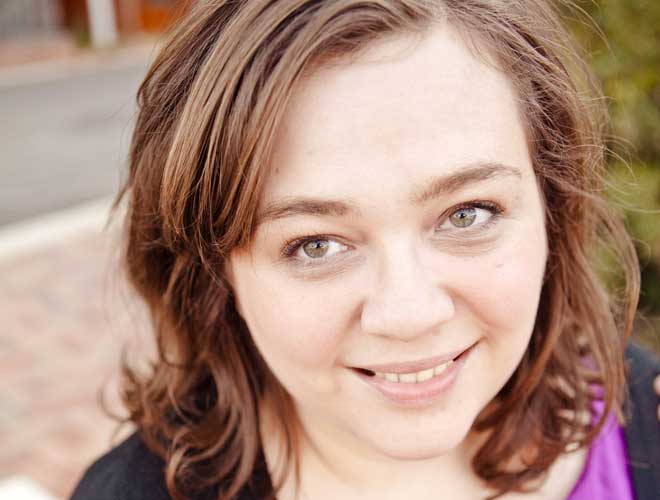 Courtney Smith is the author of Record Collecting for Girls.
Photo: Bend the Light Photography

The web makes it easier to discover and hear new music than ever before, but in some ways it’s also made that process a bit of a hot mess: Should you use Rdio or Spotify? Will you be better off checking music blogs or looking for hearts on Hype Machine? Should you follow your fave artists on Twitter or “Like” them on Facebook?

In her first book, Record Collecting for Girls: Unleashing Your Inner Music Nerd, One Album at a Time, writer Courtney Smith offers all sorts of tips for female music geeks, including her personal favorites for online tune consumption. 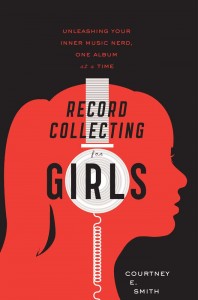 To get a taste of what Smith has to offer, Wired.com asked her for a guide to navigate the web’s musical landscape. Here’s her take.

The internet has made record collecting into a great democratic movement. While a tiny segment of people have been pushing vinyl back into existence, it still only makes up about 1 percent of music sales.

The problem with all this instant gratification is how quickly you hit the wall of what you want to explore. If you’d like to go deeper than the latest Glee soundtrack or who made Pitchfork’s Best New Music list, you’re going to need some help navigating the 75,000 records released in 2010 — and that’s down 22 percent from the 96,000 released in 2009.

Oh hell, you’ve got huge chunks of music history that you haven’t gotten around to listening to yet. So use the great new digital tools at your disposal to start tackling it and figure out what actually belongs in your record collection.

I love Twitter, but everyone who puts out music I like isn’t good at it. Some of them are downright annoying. So I use my Recommended Music Twitter list like an RSS feed for everyone who is important, interesting or like-minded and covers, creates or is involved in music. Things on my Twitter list include the artists I like (from Kylie Minogue to James Blake), all the major labels, all the indies who release stuff I like, all the blogs I deem necessary and all the music writers who cover stuff I like.

I’m more likely to follow actual music journalists, whose snark is second to none, than I am music outlets. A precious few labels (like British outfit @bellaunion) have enough personality that I can’t live without them in my main feed. And a few (like Los Angeles music PR firm @forcefieldpr) release enough music in my sweet spot that I want to hear every announcement. The rest I catch up on as I have time during the day by visiting my Twit list, when I have time to stop to listen and download.

If 75,000 is the number of albums released in 2010, multiply that by five and you’ll probably be close to the number of non-album MP3 tracks released by bands that year. Even attempting to listen to every single thing that every single blog posts would drive a sane person crazy and ensure they have zero time to re-watch Mad Men on Netflix. I’ll assume you already know if you’re a Pitchfork, Stereogum or Nah Right person, and that you likely check at least one of those websites on the regular. Time to drill down and find those five to 10 music blogs that hyper-serve the kind of music you enjoy, posting every little thing that you like.

I’ll give you the heads up on one of my favorite underappreciated blogs: Wears the Trousers is a group of ladies with impeccable taste in music who find things way before I would have even known they existed. They only post female acts and it’s really nice to have someone whose taste I can depend on, A&R-ing things in advance for me.

If blogs are where you can find out about things before they come out, services like Spotify and Rdio are great for finding music that is new to you.

I like Rdio’s editorial interface. It has a very thorough list of new releases each week that I skim through. Rdio recommends influencer accounts whose taste I might like and shows me what other people in my network of friends have been listening to, which is how I know how many members of my Rdio circle are obsessing on Blur and Washed Out at the moment.

I like to know what other people are listening to because I’m nosey. And Rdio lets me mark albums to listen to later, so if I am in the middle of one, I can keep poking around the site and not forget all the other great stuff I found.

If you’d like to listen to the playlists at the end of every chapter of Record Collecting for Girls, they’re up on Rdio [Editor's note: Her playlist for "The Death of the Record Collector" is above.]

I find myself using Spotify to listen to much, much older music and random recommendations. Since it functions as an application just like iTunes, it’s really easy to search for an artist, dump whole albums into a playlist, and let it go at my leisure. This week I’ve listened to Morphine’s entire catalog, finally, and decided it is not just a fluke that I liked “Honey White” but that I need to own everything by the band.

When I read music writing that includes references to bands I’m not super-familiar with, I find myself dumping their music into a Spotify playlist. I also poke around related artists lists a lot to find back-catalog stuff from musicians I haven’t explored. And, always being the nosey parker, I love that I can see the playlists all my friends make public. Knowing who else is obsessed with bits and pieces of country music right now makes me feel less alone in my endeavor to catch up on that genre. I know exactly who I can talk to about my obsession with the Pistol Annies and how countrypolitan was the pop country of its time, thanks to Spotify playlist snooping.

Thanks to ’scrobbling’ to Last.fm since 2008, I can look at my profile and tell you right now … that in the last three months I have listened to Britney Spears’ ‘Womanizer’ an embarrassing number of times.

Being on this social network is an absolute must for any music fan and here’s the No. 1 reason why: Every time I’ve bought a new laptop or crashed a laptop, my iTunes count has reset. I have no idea how many times I’ve played songs. Some of my favorites look like they’ve never been played.

Thanks to “scrobbling” to Last.fm since 2008, however, I can look at my profile and tell you right now that since then I’ve listened to the Psychedelic Furs’ “Love My Way” 52 times; that my most-played artist since 2008 is The Beatles; that in the last three months I have listened to Britney Spears’ “Womanizer” an embarrassing number of times. The best part: Both Spotify and Rdio have enabled Last.fm scrobbling, so my listening there gets counted as well.

Additionally, Last.fm happily recommends other artists to me that are not in my library based on what I’ve listened to lately. And the service is often right about what I’ll like. Plus they offer free downloads from artists I have listened to, which helps my iTunes library get fatter. And, again, Last.fm provides the ability to look at what my friends are listening to right now — so I know who fell in the Ke$ha boat with me.

Now that you’ve found all this music, it’s important to actually buy the stuff you liked. All this free downloading and streaming on demand earns artists nothing and pennies, in that order. Give them at least a few dollars in exchange for their music enriching your life.

At the same time, I’m a bargain hunter. I religiously check Amazon’s $5 digital album sales every month. There are always a few things I’d been meaning to buy but hadn’t gotten to that I snatch right up for my library.

I prefer Amazon to other sites because I know its MP3s are clean — Amazon doesn’t insert any sort of tracker code like some other music stores. And I know the $5 discount comes out of Amazon’s pocket. The artists and labels that participate earn the full amount they would earn from a regularly priced digital album. The $5 albums are a loss leader to get consumers to Amazon’s music store.