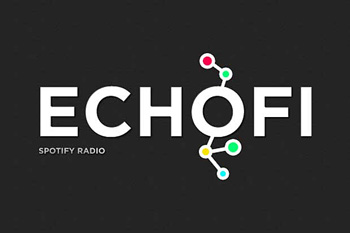 Millions of prayers have just been answered. Spotify has been granted a Pandora-esque web radio interface called Echofi. But not by the company itself — it’s been built by coder Andy Smith, who’s also the brains behind Spotibot.

It’s glorious in its simplicity. You go to Echofiapp.com, type in the name of a band you like, hit play, and it’ll keep playing music that’s similar to that band until you tell it to stop. The recommendations are supplied by Echo Nest’s API.

“After Spotify launched in the U.S., a lot of people were lamenting the lack of artist radio (which has since been re-implemented) and comparing it directly — if unfairly — to Pandora,” Smith told Wired.co.uk. “Reading this, I couldn’t see a reason why you couldn’t give some extended control to Spotify. Playlists are great, but they are finite. The joy of set-and-forget systems is you can do just that. Radio is a constant background, with the occasional ‘I love this song!’ and ‘I hate this song!’ What I want to do is use those moments to drive the station into something where you’ll never experience the latter.”

Just like Pandora, there are “love” and “ban” buttons, so that you can further personalize the recommendations that you’re getting. For the time being, those preferences aren’t saved between sessions, but Smith told Wired.co.uk that he hopes to add “sign in” functionality in a future update that’ll let you save your previous stations. Smith adds that he’s considering whether to build an Echofi smartphone app, too.

There are a few minor annoyances. You need to be careful not to use the skip/pause buttons on your keyboard or in Spotify, because that’ll let it switch to a new song before your last one finishes. Plus, in our testing on Mac OS X, Spotify liked to grab focus whenever it switched to a new song — “there’s not a lot I can do about that,” says Smith. “Just sit back and enjoy, or make the Spotify window really, really small.”

Try it out for yourself at Echofiapp.com, and tell us what you think in the comments below.