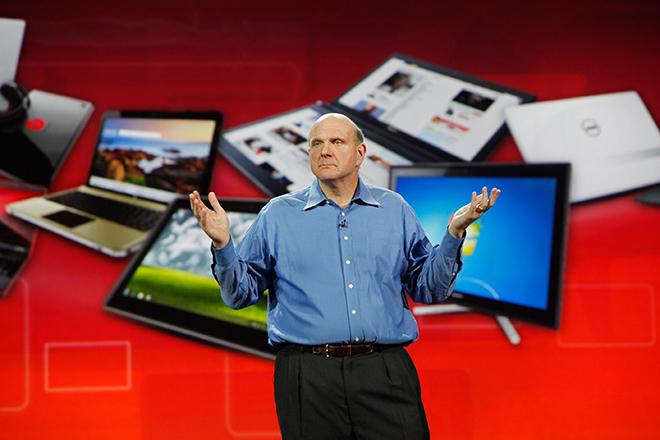 We may finally get a look at Microsoft’s first Windows 8 tablet.

Samsung and Microsoft are set to introduce a brand-spankin’-new Windows 8 tablet next week at Microsoft’s BUILD conference, the Korea Economic Daily reports. The device is expected to house a quad-core ARM processor.

And tech blog This Is My Next says conference attendees will get the tablet for free.

We first got wind of Microsoft’s plan to release Windows 8 tablets when Steve Ballmer accidentally detailed the company’s roadmap in May, saying, “As we progress through the year, you ought to expect to hear a lot about Windows 8. Windows 8 slates, tablets, PCs, a variety of different form factors.” Other reports indicated Microsoft may deliver a Windows-branded tablet, but that seemed unlikely.

Windows 8 is designed to run on desktops and tablet PCs, unlike Apple’s mobile operating system iOS and Windows Phone 7. It shares its tile-based interface with Windows 7, and users will be able to purchase apps through a dedicated Windows 8 app store.

Last year, Microsoft gave away Windows Phone 7 devices as a perk to conference attendees. But seeing how Windows 8 isn’t even out yet, a complimentary Windows 8 tablet (likely running a pre-release or dev build), would be an extra nifty gift.

So far, Windows’ only foray into the tablet space has been the Windows Phone 7-running Lenovo IdeaPad K1. A previous tablet project, Microsoft Courier, never saw the light of day.