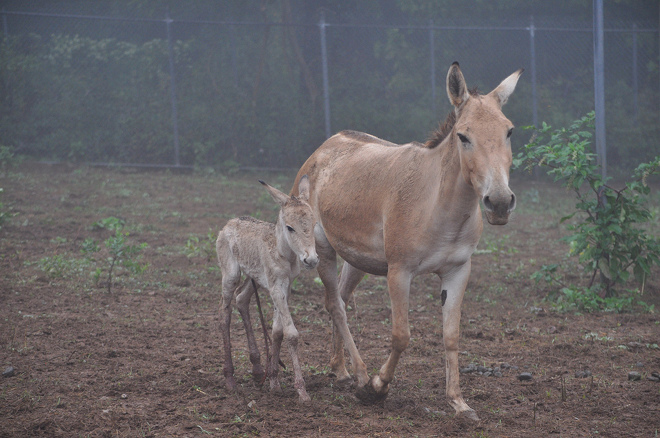 The thin ranks of the endangered Persian onager were joined Sept. 7 by a newborn foal. The unnamed female, appearing strong and healthy, is the first Persian onager to be bred at the Smithsonian Conservation Biology Institute in 16 years.

With the addition of this new foal, 26 onagers now live in captivity in North America. The Smithsonian Conservation Biology Institute is part of a joint effort to establish a healthy breeding population as an insurance against extinction.