Sandwiching Panels with Play at ARGFest 2011

At ARGFest, an annual convention dedicated to alternate reality games and transmedia storytelling, conference attendees complement the panels and presentations with more practical implementations of interactive storytelling and puzzle-solving. The 2011 conference continued this trend with a campus-wide puzzle trail, dance battles, riddles, and even a time-travelling balloon. 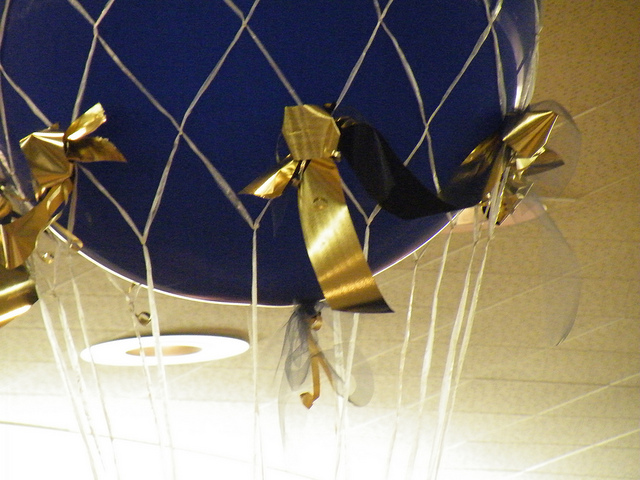 For almost a decade, ARGFest has gathered game developers, academics, and players in one spot to take stock of the industry, sharing insights into the development process, best practices for design, and personal anecdotes from past campaigns. As I have previously argued, however, one of the best ways to hone the craft is to set aside the PowerPoint slides, step away from the podium, and play games. And since the first ARGFest in 2003, games have peppered the proceedings from start to finish.

FestQuest: An ARGFest Tradition
The longest-running tradition at ARGFest is FestQuest, an annual scavenger hunt through the host city. Exploring a new city through a series of puzzles provides an intimate way to experience the neighborhood, ensuring exposure to the city goes beyond the hotel conference center itself. This year, Studio Cypher designed a puzzle trail that took conference attendees on a tour of Indiana University’s campus with stops at the Monroe County Public Library, the Kirkwood Observatory, the tunnels running underneath Indiana University’s Chemistry building, and the Sweetheart Tree. The sometimes exhausting process of pounding through puzzles was captured on film by a documentary crew from beActive Media, who documented much of the proceedings.

Wisconsin Hustle: Pants-Optional Dancing
Awkward Hug is fast becoming an ARGFest institution: two years ago, they brought the characters from the romantic comedy alternate reality game Must Love Robots to Portland for a round of robot speed-dating, while last year Awkward Hug invited attendees to craft sock puppets as part of the New Employee Orientation to their new game, Socks, Inc. ARGFest 2011 saw a live-action game demo of the company’s first mobile app, Wisconsin Hustle. The game is like a dance-fueled game of Simon, with players competing to execute an ever-lengthening list of winning dance moves in sequential order. Awkward Hug kept the list of moves as memorable as they were simple to execute, including the pop culture-inspired “Egyptian,” “Travolta,” and crowd favorite “Carlton.” The first night’s festivities ended with a championship showdown, with panelists as judges. Co-creator Jim Babb had been an intern for Jane McGonigal’s Top Secret Dance-Off, a game designed to make people feel more comfortable dancing in public, and Wisconsin Hustle retains TSDO’s whimsical innocence as it asks players to act ridiculously for a game.

The Wars of Authenticity
ARGFest is unrivaled in its ability to gather alternate reality gaming fans in one place, so it’s no surprise the conference is often used as a platform to launch games. One of the most infamous launches occurred in 2008 when the Smithsonian hired Craig Torres, a professional weight lifter and former Mr. New England, to walk into the conference covered in henna tattoos wearing nothing more than a banana hammock to kick off their game, Ghosts of a Chance. John Maccabee, one of the developers behind the Ghosts of a Chance launch, provided a repeat performance, calling in model Lindsay Forster to serve as the physical representation for Terra Firma in 1807. In a short, 10-minute puzzle-solving exercise, conference attendees were asked to answer a series of questions and assemble a device to guide a balloon to Terra Firma. This task introduced attendees to The Wars of Authenticity, an offshoot of the Smithsonian’s alternate reality game Pheon.

Who Is Martin Aggett?
Martin Aggett is not a real person. Rather, he is the lead character in an alternate reality game about…well, Martin Aggett, that’s been in the works for years. That didn’t stop him from attending ARGFest, and this year, Aggett has finally launched his game, which serves as tribute to his fictional narcissism. It started with slips of paper placed in the ARGFest welcome bags: properly assembling the pieces of paper revealed a QR code that contained a secret code that unlocked the first part of Aggett’s story. Aggett “lost” his locked briefcase at the conference, hidden amongst a display of artifacts from past ARGs. Aggett’s birthday unlocked the case, which contained his press pass and photographs from his past. One of the players to find the case set up a lunch meeting with Aggett to return the case. The chase concluded with a dead drop in Bloomington that completed the first chapter of Martin Aggett’s story.

Another Hint for the Stitch Media Puzzle
As for Stitch Media’s puzzle hidden in the ARGFest program print-out? You’ll have to stick around for the solution, but if you’re still puzzling through it, you might be interested to know that the extra print-outs of the program were put to good use as attendees went to great lengths making sure they were connecting the dots correctly.