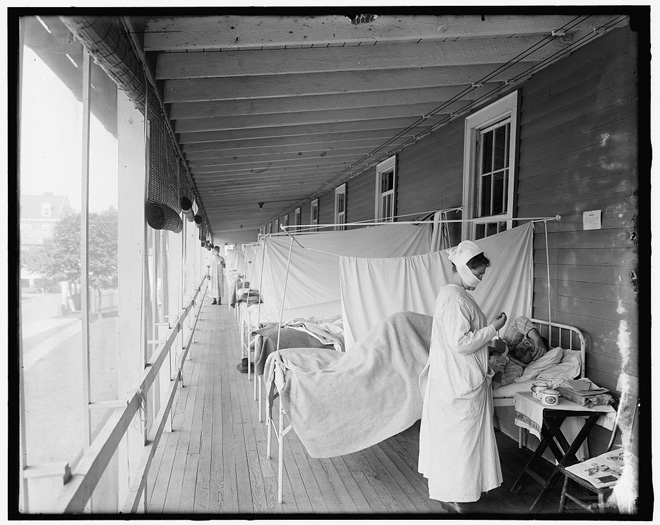 If the flu virus doesn’t kill you, your own immune system might. Sometimes, it unleashes a potentially lethal overreaction to the invading microbe. A new study reveals that a surprising type of cell controls this self-destructive response, pointing toward a new way to prevent the immune system from running amok.

The flu and other infections can provoke what some researchers term cytokine storms or immunological storms. One hallmark of these events is a deluge of chemical messengers called cytokines and chemokines into tissues and the blood, promoting inflammation. Immune cells, including macrophages and natural killer cells, also flood the lungs. The combination can cause fatal lung damage.

Certain flu strains might be better at instigating these immune rampages. For example, animal studies suggest that the flu virus that swept the world in 1918 and 1919 makes the immune system overaggressive. Cells that line the lungs and airways and the immune cells that move in after infection are responsible for cytokine storms—or at least that’s what researchers thought.

Another culprit emerged when a team led by chemical biologist Hugh Rosen and virologist Michael Oldstone of the Scripps Research Institute in San Diego, California, investigated the S1P pathway, a molecular control circuit that fine-tunes immune responses. The scientists gave influenza-infected rodents a compound that prods the S1P1 receptor. The treatment stymied a cytokine outburst and reduced movement of immune cells into the lungs.

When the researchers went looking for the cells in the lungs that carry the S1P1 receptor, they found that it occurs on endothelial cells, which line lymphatic and blood vessels, and on the white blood cells known as lymphocytes. That was unexpected because “they are not the cells that are infected by the virus,” Oldstone says. To determine which of these two cell types controls the cytokine surge, the researchers tested the S1P1 receptor activator in mice that lack lymphocytes. The compound also prevented the storms in these animals, suggesting that endothelial cells, not lymphocytes, orchestrate cytokine release.

For mice at least, the S1P1 receptor can be a lifesaver. After infecting the rodents with a flu virus isolated from a patient who fell ill during the 2009 swine flu outbreak, Rosen and colleagues dosed some of the animals with a compound that stimulates the receptor. The death rate was 80% in untreated animals buy only 20% in the mice that received the molecule, the researchers reveal today in Cell.

Endothelial cells appear to work like the volume knob on a radio, setting the intensity of the cytokine explosion, although they might interact with other cells to perform the task. The compounds the researchers used to stimulate the S1P1 receptor aren’t ready for human testing, but the new work provides motivation to find alternatives that do the same thing. “We see this very much as the opening of a door,” Rosen says.

This paper “points to a clear role for endothelial cells in influenza pathogenesis,” says immunologist W. Conrad Liles of the University of Toronto in Canada. Endothelial cells “have been almost completely ignored as a potential regulator” of cytokine storms, adds Paul Thomas, an immunologist at St. Jude Children’s Research Hospital in Memphis, Tennessee. “Just to introduce them as a target of studies and a potential target of therapy is important.” However, immunologist Peter Openshaw of Imperial College London cautions that the S1P1 receptor may occur on other cells that the researchers didn’t detect, which would mean that endothelial cells are not necessarily in charge of the cytokine overreaction, he says.