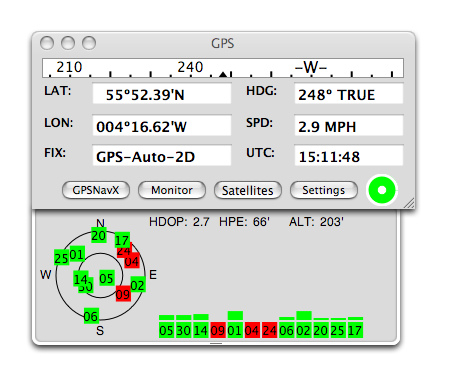 A New York state worker has accused government officials of violating the state constitution after they installed a GPS tracker on his private car and recorded its whereabouts for a month.

The state Department of Labor placed the device secretly on the worker’s car without a warrant and tracked the vehicle 24 hours a day, including on weekends and during a weeklong family vacation, in order to find evidence of time-sheet violations.

But Michael Cunningham, in a petition filed last year that was heard this week in court, said officials went too far in their surveillance of him and his family and violated constitutional protections against unreasonable searches and seizures. Cunningham learned of the surveillance only a year after it was conducted when the state charged him with misconduct, citing evidence from the GPS tracking to show that he had claimed pay for hours he hadn’t worked. He was fired from his management job last year.

The New York branch of the American Civil Liberties Union filed the suit on his behalf last December, asking the state Supreme Court of Albany County to invalidate the use of such surveillance and order a new labor hearing for Cunningham without the data.

The organization cited a May 2009 New York State Court of Appeals ruling that police must obtain a warrant before using a GPS device to track criminal suspects. The federal Supreme Court is set to weigh in on law enforcement’s use of the devices in its upcoming term.

“Your boss can’t sit in the backseat of your car and watch you, your wife and your children 24 hours a day, but that’s exactly what the Department of Labor did to Mr. Cunningham,” NYCLU Executive Director Donna Lieberman said at the time of Cunningham’s filing. “The courts have already prohibited police from using GPS devices to track people without a warrant. We’re confident they will hold the government agencies to the same standard. The only thing scarier than having a police officer secretly track you is having your boss secretly track you.”

Cunningham, 60, was Director of the Staff and Organizational Development for the state Department of Labor, where he worked for 30 years, when he was fired last year. He asserts that the state agency had long had it out for him after he blew the whistle on supervisors in 2004 for trying to pressure employees into attending a prayer breakfast that was sponsored by then-Gov. George Pataki.

Cunningham had reported Mary L. Hines, deputy commissioner for administration and public affairs, to the inspector general’s office after she sent an e-mail to other officials attempting to increase worker attendance at the breakfast. Cunningham said he was subsequently subjected to various punishments from his supervisors in retaliation for his action.

It was the Inspector General’s office that placed the GPS device on his BMW in 2008 after his supervisors at the Department of Labor requested it. According to court documents, investigators placed the device on his car (.pdf) on June 3, 2008, while it was parked in a state parking lot, in order to determine in part if Cunningham was properly reporting his absences from work.

On June 11, investigators downloaded data from the device and replaced it with a new tracker. They did the same on June 20. Unknown to Cunningham and his family, the device tracked their car movements at night, on the weekend and during a vacation they took to Massachusetts between June 30 and July 3. The device stopped tracking the family’s movements on July 3, but remained on the car another five days before it was removed on July 8.

Some time prior to a January 2010 hearing on the charges, Cunningham learned of the surveillance when the department revealed it planned to introduce GPS evidence as the basis for the majority of the misconduct charges against him. Despite attempts to disqualify the surveillance data, Cunningham was fired in August 2010.

Shortly after the NYCLU filed its petition last year, the state’s attorney general moved to have the case removed to the appeals court. At a hearing this week before the Appellate Division Third Judicial Department, Kate Nepveu, an assistant solicitor general, acknowledged that the GPS tracking was intrusive, but said that Cunningham had a pattern of misconduct and that the round-the-clock surveillance was justified because he claimed he worked odd hours at his job.

But the NYCLU disagreed.

Lead attorney on the case, NYCLU Senior Staff Attorney Corey Stoughton, told Threat Level that they weren’t disputing that the Department of Labor had cause to investigate Cunningham’s whereabouts, just the tactic officials used to do it.

“They can have all the cause they want, there can be a slam-dunk case in theory, but nonetheless the government simply doesn’t have the power to track the movement of people and their families in their private cars 24 hours a day just to uncover more evidence of workplace misconduct,” she said.

The case is now awaiting a ruling from the appeals court, which sets no timetable for its opinions.