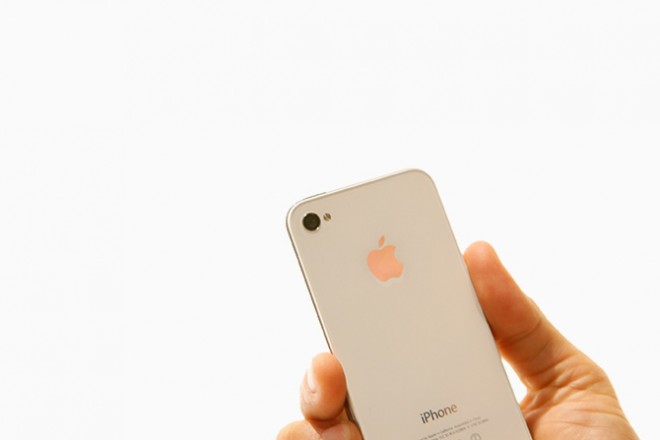 The white iPhone 4 will soon be joined by new members of the iPhone family. Photo: Jon Snyder/Wired.com

Key insight on the timing of Apple’s next iPhone release appeared today, and this time it’s no rumor. The news came straight from the mouth of an Apple insider.

Former United States Vice President and sitting Apple boardmember Al Gore made specific reference to the release of one or more new iPhone products in October while speaking at a conference on Wednesday, according to an attendant of the conference.

“He was talking quite passionately about global warming, Moore’s Law and its effect on computing,” said Toby Shapshak, an editor at Stuff Magazine who was at the conference, in an interview with Wired.com. “Specifically about transistors, when he said ‘Not to mention the new iPhones coming out next month.’ Then he quickly added ‘That was a plug.’”

This is the first time someone with any specific ties to Apple has commented on the much-anticipated iPhone 5. Based on Gore’s statement, it’s possible that we’ll be seeing multiple iPhone models. An iPhone 5 and an iPhone 4S, perhaps? Or was he just referring to the usual 16GB and 32 GB flavors?

It’s also entirely possible that Vice President Gore elided his syllables, or could be speaking more generally about the release of millions of one specific model of phone. It’s unclear, but if it’s an Apple PR stunt, the company has certainly gotten its message across.

According to AllthingsD sources, we’re looking at an October 4 launch date with new CEO Tim Cook at the helm, while other reports speculate at least two different iPhone model debuts. One of the two iPhones is purported to be a budget model (akin to Apple’s past 3GS model). The other, the iPhone 5, is purported to include an A5 processor and a significantly redesigned look, including a larger display, an elongated home button and a thinner, tapered shape. Sprint is also rumored to be the latest carrier to start offering the iPhone, as well.

Only a few more weeks, and all this madness will be over. At least for a while.

[via The Next Web]

Read 5042 times
Published in News Technologique-Tech News
More in this category: « Warco: An FPS Where You Hold a Camera Instead of a Gun WikiLeaks Founder Loses Control of His Memoir »
back to top