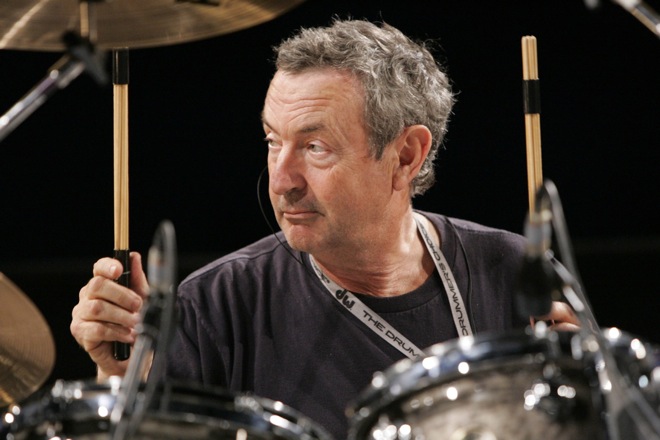 Pink Floyd drummer Nick Mason is ready and willing to head back to work with his legendary band, as soon as estranged guitarist David Gilmour and bassist Roger Waters mend fences. But until that happens, Mason is happy to share the Floyd’s dense vault with a new century willing to drill deep into the band’s back pages.

“The feeling is rather than wait for the bootleg, it’s far better to do it properly and on our own terms,” Mason told Wired.com, discussing EMI’s exhaustive reboot of Pink Floyd’s masterworks.

EMI’s expansive reissue campaign began in earnest Monday, as Pink Floyd’s indispensable Dark Side of the Moon landed in six-disc Immersion and two-disc Experience editions. (Click the top article in the sidebar at left for Wired.com’s feature on EMI’s reboot campaign, as well as a chance to win a box set signed by Mason.) It respectively rolls onward in November and February, when Wish You Were Here and The Wall get the archival reissue treatment, with more to come.

Wired.com spoke at length with Mason about Pink Floyd’s accepted and underrated masterpieces, the increasingly viral epic “Interstellar Overdrive,” the tricks and traps of technological innovation, Pink Floyd’s new relationship with its old label, and what the coming years may bring for one of rock’s most influential acts.

Wired.com What do you think about this archival campaign?

Nick Mason: It’s sort of curious, because after years of releasing very specific records, just one version, this complete change-around of doing various versions is very odd. It’s not something I think we would have done 15 years ago. But it seems like an exercise that is worthwhile; there is enough interest to justify doing something like this. And I know we’re not alone: There’s been almost a change of heart in the way that artists provide their history and working notes, so to speak. Particularly with Dark Side of the Moon’s Immersion edition, you can get a picture of how a song started and was taken and developed into a studio song. 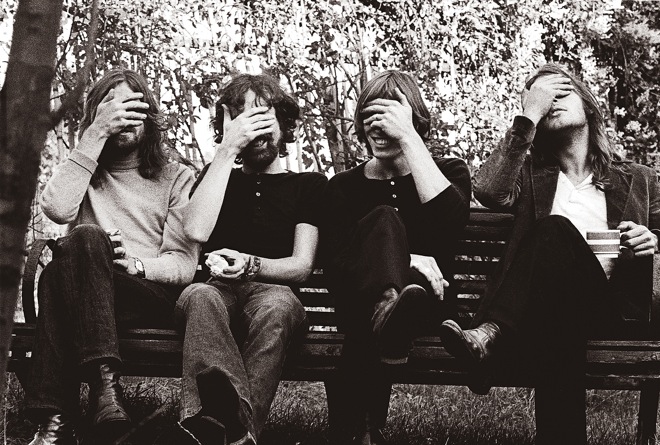 Wired.com: The advance of technology has created opportunities for fans to drill deep into and exponentially share the things they love. So it makes sense to take command of what are often bootlegs anyway and make them work for you.

Mason: That’s it. The feeling is rather than wait for the bootleg, it’s far better to do it properly and on our own terms, rather than come across it and release it in rather poor form. But the thing with technology is that there is good and bad. It’s brilliant that you can clean things up, repair them, and so on. But the big problem is that instead of streamlining things and making them move quicker, technology frequently turns almost any exercise into a far longer project. We look back now in wonder at the speed that an album could actually be made in the ’60s, because you had to make decisions as you went along. We never had the opportunity to remix the hi-hat, add more echo or whatever. Everything was locked in on the first backing track.

Wired.com: Right. One of the things that continually boggles my mind, and should give every 21st-century artist pause, is that the musical masterworks of the ’60s were mostly made on four-track consoles.

‘Everyone thinks that there were all sorts of wizard gadgets used during that time, which is absolutely not the case.’

Mason: Absolutely. But that’s part of it. That speed of working meant that decisions were made very quickly. So many of the effects were really very simple. For example, the phasing and flanging was done manually. George Martin said that when the Beatles were adding those effects to songs on Sgt. Pepper’s, it was with three tape recorders running and someone’s elbow brushing against the tape to get it fractionally out of phase with the rest. Everyone thinks that there were all sorts of wizard gadgets used during that time, which is absolutely not the case.

Wired.com: I often wonder how long it would have taken Pink Floyd to make “Interstellar Overdrive” if you had all the technology that you have today.

Mason: Well, I can tell you I think we’d still be working on it now!

Wired.com: Can you speak specifically about that song, while we’re on it? I’ve always been amazed by how it charted so much territory for the different musical genres that followed it.

Mason: Well, I suppose the oddest thing about it is that it is pure improvisation. The thinking behind it is pure modern jazz really, but played by rather amateur rock musicians. The good thing about it is that every version is different. Nothing is ever quite the same. And again, the curious thing is the way the band found itself playing all these different genres. When you look at an album like Piper at the Gates of Dawn, it has “Interstellar Overdrive,” which is crazed psychedelic improvisation, and then “The Gnome” and “Bike,” which are almost positively ordered folk songs.

Wired.com: How about Dark Side of Moon?

Mason: I’m still very proud of it. I think the band was just about peaking in terms of its operational ability, working together and getting on with it. But it was so much more polished than anything we’d ever done before. It’s like two steps up from Meddle.

Wired.com: It’s utterly cohesive, from the band’s unity to the unity of the album’s thematic, lyrical and musical concerns.

Mason: Yeah, it was right-place-right-time, a bit like Sgt. Pepper’s in that it’s almost seamless. The band was operating really well, but so were all the people on the side. We had a really talented young engineer in Alan Parsons, and Chris Thomas as well. So we actually had six, seven or eight people contributing, depending on who was around at the time, rather than any one person directing or people dismissing other people’s ideas.

Wired.com: How about Wish You Were Here, which EMI rolls out in November?

Mason: It’s a good album. We should have just made life easier on ourselves by not going back to the studio so soon after Dark Side. We actually spent quite a lot of time floundering around. Once we did get it, it came together rather quickly. But there was quite a lot of pain before we managed to establish a way of working on it, and find the beginnings of the songs.

‘I wouldn’t call it a misunderstanding, but it’s not as clear-cut as that. A lot of recording for The Wall was actually very…well, I won’t say easy, but there weren’t a lot of particular problems.’

Wired.com: How about The Wall? It came out during a time of personal and professional misunderstanding for the band. Was it difficult to make?

Mason: I wouldn’t call it a misunderstanding, but it’s not as clear-cut as that. A lot of recording for The Wall was actually very…well, I won’t say easy, but there weren’t a lot of particular problems. Those arose rather later on, but the actual recording was fine. When Roger [Waters] originally wrote the demos, we all came in and said that we like The Wall, but felt that The Pros and Cons of Hitchhiking was a more personal project. So we started out working together quite well, but the breakdown occurred later in the summer. At least a year into the project, where Roger lost patience with Rick [Wright], at which point everything began to break down. But for a long time, much of The Wall was made quite easily.

Wired.com: How about Animals? It still seems underrated, although its critique of capitalism and in-your-face songs seem more prescient by the day.

Mason: I think the message of the album still holds today. We really enjoyed moving out of EMI to work in our own studio as we wanted. Not that EMI really tried to stop us from doing anything, but we had that sense of independence. But our technology and systems were not as good as Abbey Road’s. The tape recorder was no good. As soon as producer Bob Ezrin and everyone came in to record The Wall, they said, “Well that’s going out. Put that in the skip.” So to that extent, Animals was somewhat of a drop in terms of its recording excellence. We had a good engineer, but the equipment was a bit cruder, which may actually be helping Animals in the end. It is an unusually coarse album for us.

Wired.com: Yeah, it’s weird to think that Animals can sneak up on anyone. After the meditative experiments of Dark Side of the Moon and Wish You Were Here, it’s pretty hardcore.

Wired.com: You mentioned EMI. How’s the band’s relationship with the label after signing that contract?

Mason: It’s very good. Whatever differences there have been, we have been with EMI for all of our recording lives, particularly in Europe. They led on this project, and I think they’ve done a great job. In this day and age, there is as yet no alternative to record companies. So it’s far better to be with the devil you know than the devil you don’t. That may not sound like a compliment! [Laughs]

Wired.com: But I’ll take it! It’s a great quote. Let’s talk about the future. Have you talked with David about another album or tour?

Mason: No, we have are no plans. I think David probably wants to do another solo album, that may be his next move. And I think that after that, we’ll see how he feels. At the moment, he is not interested. And I think Roger, even if he was interested, has got another nine months or so of touring his version of The Wall. So there’s nothing in the cards. I have to say unfortunately, because I’d be very happy to pack my knife, fork, spoon and drumsticks and head out.