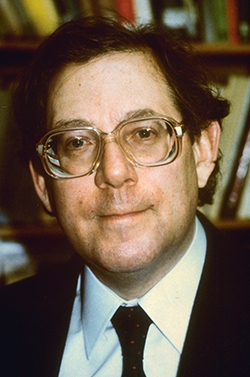 1995: Two Americans and a Dutch scientist win the Nobel Prize for chemistry for their research showing that the release of nitrogen oxide through manmade chlorofluorocarbons damages the Earth’s natural ozone layer.

The groundwork for the Nobel was laid by Paul Crutzen, a Dutch chemist working at the Max-Planck-Institut in Germany, who in 1970 released a landmark study of the effects of nitrogen oxides on the accelerated decomposition of the ozone layer.

Four years later, professors Mario Molina and F. Sherwood Rowland followed up with their own study, published in Nature, which described the threat to the ozone layer from chlorofluorocarbon gases (CFCs), or Freons, being released into the atmosphere through their use in aerosol sprays, plastics and as refrigerator coolant.

The erosion of the ozone layer is not only a contributing factor to global warming but represents a threat to life itself: Without the ozone layer to absorb most of the sun’s ultraviolet rays, life as we know it is not possible.

The hard science led to legislation limiting the amount of CFCs that could be released into the atmosphere. That’s a battle that continues to be fought.