An Intimate Ride With Death Cab for Cutie 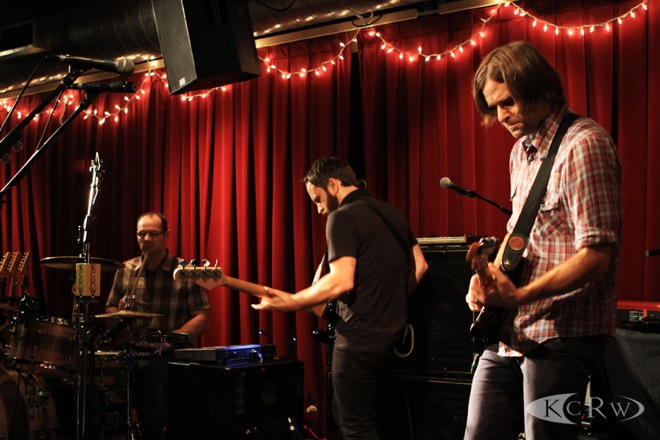 SANTA MONICA, California — From the poptronic optimism of new album Codes and Keys to front man Ben Gibbard’s recent marriage to geek goddess Zooey Deschanel, sonic intimacy is the name of the game for Death Cab for Cutie. 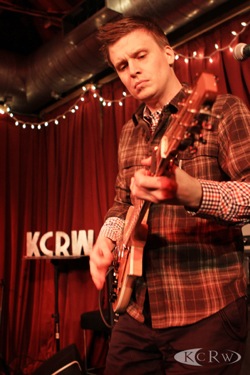 So it was quite cool to catch the respected Seattle quartet not in a sprawling locale like the Treasure Island Music Festival, which the band headlines Sunday, but within the cozy confines of producer Bob Clearmountain’s Berkeley Street Studios here.

While the digital atmospherics of Codes and Keys, released in March, align more closely with the laptop pop of Gibbard and Jimmy Tamborello’s acclaimed side project The Postal Service, guitars were mostly in charge when it came to translating the new album’s electronic explorations into live performance.

Even in an intimate concert, understated Codes and Keys tracks like “You Are a Tourist” and the propulsive “Doors Unlocked and Open” became almost-turbocharged anthems, which is certainly not what Death Cab for Cutie is known for. Taken together with kinetic renditions of the band’s previous tracks like “Crooked Teeth,” from the 2005 release Plans, and “A Movie Script Ending,” from 2001 effort The Photo Album, they formed quite an energetic opener.

After Gibbard, multi-instrumentalist Chris Walla, bassist Nick Harmer and drummer Jason McGerr finished those tracks and prepared to dive into the second half of their show, they sat down with KCRW DJ Anne Litt and talked about everything from Gibbard’s opening pitch for the Seattle Mariners and Walla’s love of James Gleick’s latest sci-tech analysis The Information: A History, a Theory, a Flood to Harmer’s exhaustive consumption of DC Comics’ New 52 reboots.

What wasn’t discussed was Gibbard’s recent marriage to Deschanel, currently starring in New Girl, which was understandable, given how such a topic could have steered the conversation toward gossip. But it would have been interesting to explore how much that union has informed the domestic optimism of Codes and Keys, which is probably the least-heartsick album Death Cab has ever made.

In any case, those looking to catch Gibbard and crew at Treasure Island, and throughout the rest of Death Cab’s continuing tour, should rest easy knowing that Codes and Keys‘ digital love songs are far from mellow in concert. They should fit quite comfortably between the incendiary anthems of Explosions in the Sky and the ethereal spirit of Beach House, who share Death Cab’s bill Sunday. 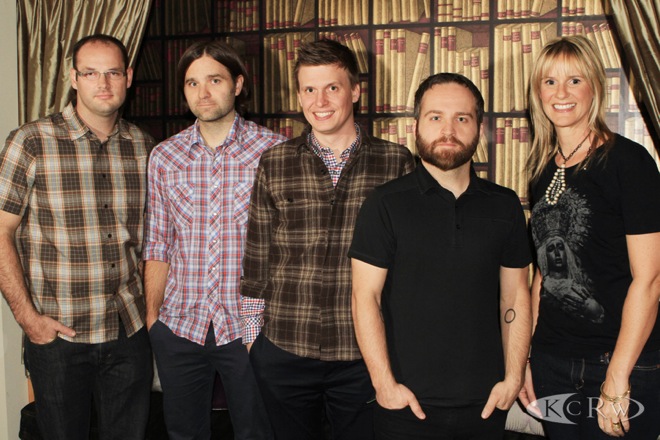