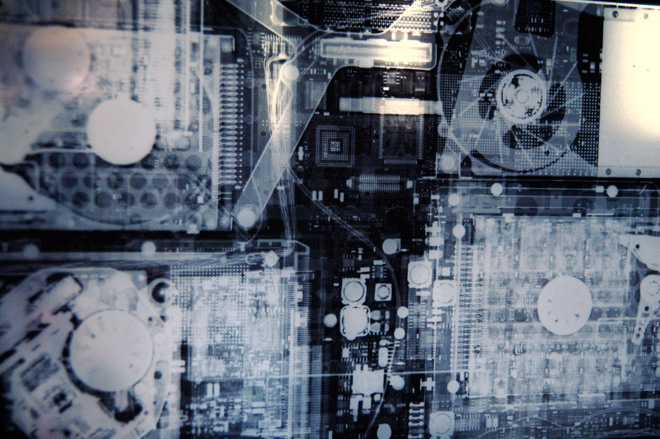 Researchers in Singapore have discovered a way to bump up hard disk storage capacity to six times current figures, and all it takes is a pinch of sodium chloride — also known as chemical grade table salt.

Here’s how hard drives work at the moment. The spinning magnetic platters are covered in randomly distributed nanoscopic grains. These work in disorganized clumps of tens to form one bit of data. The latest drive models hold up to 500 gigabits of data to every square inch.

A new take on the idea, headlined by Joel Yang of Singapore’s Institute of Materials Research and Engineering (IMRE), ditches the idea of inefficient patternless clumps and instead make slightly larger grains (ten nanometers, up from seven to eight nanometers), in regular patterns, which each store one bit.

“It’s like packing your clothes in your suitcase when you travel,” a spokesperson for IMRE said. “The neater you pack them the more you can carry.”

The secret is salt. An e-beam lithography process produces fine nano-scale structures for the discs, but when Yang added sodium chloride to the developer solution he found that he could produce nanostructures with a much higher resolution: down to 4.5 nanometers half pitch, without prohibitively expensive equipment.

This six-fold increase would mean that a terabyte hard drive could, in the future, hold six terabytes of data on the same size platter