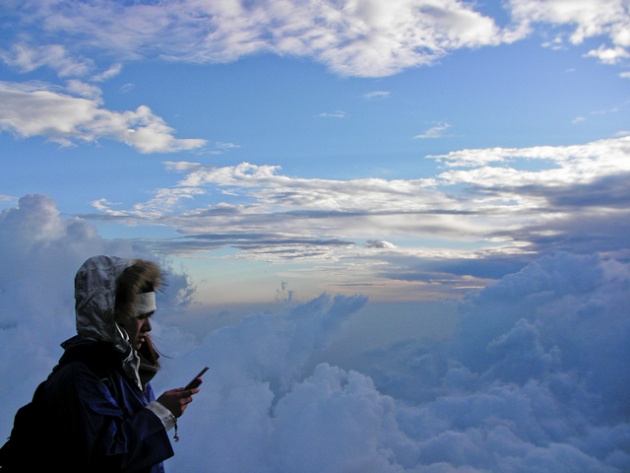 Thanks to a new plan developed by the FCC and CTIA, an organization that represents the wireless communications industry, cell phone customers should soon see an end to “bill shock” — that sinking feeling of dread we experience when reading through a monstrous, completely unexpected wireless bill. The plan is slated to roll out during the next 12 months, and should help prevent consumers from getting hoodwinked by unanticipated service fees and roaming charges.

The “Wireless Consumer Usage Notification Guidelines,” as the plan is called, is simple: AT&T, Verizon, Sprint and T-Mobile will send free alerts to consumers who are about to incur pricy international roaming charges, or are on the verge of surpassing their monthly limits on voice calls, data use, and text messaging. Under the plan, carriers must provide notifications for at least two of these four areas by this time next year, and must provide notifications for all four areas by October 2013.

“Last year, the FCC identified a growing problem known as bill shock and took important steps toward a solution…. These alerts will give consumers the information they need to save money on their monthly wireless bills,” FCC Chairman Julius Genachowski stated in a press release. It’s important to note that the plan isn’t a federal regulation, but rather a voluntary action on behalf of wireless carriers — though in full anticipation of FCC redress. With today’s move, the carriers are assuring the FCC that they will take their own approach to ensure bill shock doesn’t occur, and “the FCC will take a ‘trust but verify’ approach” in making sure the carriers comply.

Bill shock — defined by Genachowski as “a sudden, unexpected increase in a monthly bill” – has been sneak-attacking cell phone customers for years. Back in 2007 when the iPhone first debuted, many unwitting users took their shiny new phones abroad and were devastated to come home to insane data charges amounting in the thousands. In fact, Wired magazine’s own Editor In Chief Chris Anderson racked up a $2,100 phone bill on an international trip that year.

And I certainly remember my parents’ first case of bill shock: I had discovered text messaging on my first cell phone in high school — and my family didn’t have any text messaging plan in place at all at the time.

One in six cellphone users have experienced bill shock, according to the FCC, and 23 percent of those people saw unanticipated charges amounting to over $100.

Carriers already offer tools to track data usage, minutes and messaging, but not necessarily in the form of automatic free text messages. Verizon offers “a number of helpful free alerts and controls for usage-based data plans.” AT&T lets you track your standings with its *Services utility, and offers a $5 Smart Limits service that lets parents or account holders set limits on other phones on the same plan. (For example, you can set an SMS messaging limit for a text-happy teen.) Most carriers, including T-Mobile, provide customers with an option to receive notifications when they approach or exceed monthly plan allowances, but the availability of such services depends on what plan you subscribe to.

Until the new bill shock notifications are fully in place, be sure not to leave the country without first double-checking your exposure to roaming charges. And of course, make sure you have a world phone or an international SIM so you can use your device abroad. If you find yourself repeatedly going over monthly plan limits, check your account settings to see if you can set up automatic notifications.

Read 3245 times
Published in News Technologique-Tech News
More in this category: « Could a Bug Circus Charge Your Phone? Dark Matter: Now More Mysterious Than Ever »
back to top