If you saw Captain America: The First Avenger, you know the movie is loaded with fantastic, retro-futuristic war machines dreamed up by supervillain Red Skull and his Hydra organization. 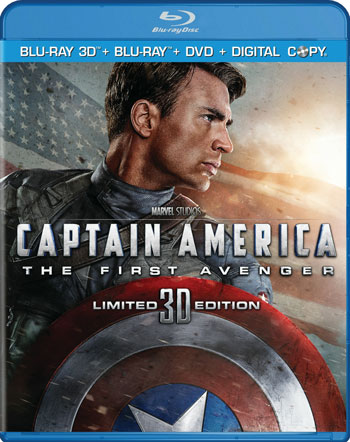 Discover how the filmmakers came up with one such vehicle — an escape sub used by a Hydra assassin — in the behind-the-scenes clip above.

Captain America’s lead vehicle designer Daniel Simon outlines several concepts that preceded the streamlined, cigar-shaped sub that made it into the movie.

“We could have gone totally overboard, but that would have made it almost childish, in a wonderful way,” says Simon in the video, taken from the movie’s Blu-ray extras. “But we wanted to be very serious.”

All the sci-fi eye candy nicely complements the human drama of pipsqueak-turned-supersoldier Steve Rogers, played by Chris Evans. The movie boasts an all-star cast and is a winning addition to Marvel Studios’ cinematic universe (and a great setup for 2012’s The Avengers, which will team Cap with Iron Man, Thor and the Incredible Hulk, among others).

Wired.com is giving away four copies of the Captain America: The First Avenger three-disc combo. The limited-edition set, which will retail for $55 when it hits stores Oct. 25, delivers the action in Blu-ray 3-D, regular Blu-ray and DVD, and includes a digital copy of the movie.

To enter, leave a comment below naming your favorite scene from Captain America or any other Marvel movie. Deadline to enter is 12:01 a.m. Pacific on Oct. 26, 2011. Four randomly selected winners will be notified by e-mail or Twitter. Winners must live in the United States.