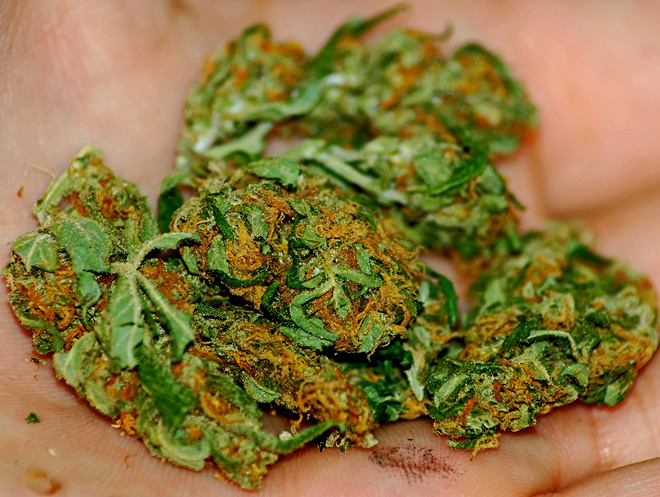 Marijuana’s memory-fogging, behavior-altering effects have been linked to out-of-sync communication between brain regions, but researchers had lacked direct evidence of the disruption.

Now neuroscientists who gave rats a cannabis-like compound, loosed them in a maze and measured their brain waves have recorded unusually chaotic communication between brain regions linked to memory formation and complex behaviors.

“In order for an orchestra to play a tune, all of these specialized subsections have to play to a central timing signal,” said neuroscientist Matt Jones of the University of Bristol, leader of the new study, published Oct. 25 in the Journal of Neuroscience. “The same is true of the brain and its subregions.”

Marijuana’s active ingredient is tetrahydrocannabinol, or THC, and compounds similar to it are called cannabinoids. Cellular receptors for cannabinoids emerged early in animal evolution, probably because they helped regulate feeding. In humans the receptors play complex roles in everything from shaping immune responses to regulating brain cell interaction.

Animals experience a pleasurable high after ingesting cannabinoids, and the drugs can also relieve anxiety and nausea from chemotherapy. On the downside, cannabinoids interfere with memory formation and complex cognitive behavior.

Preliminary research in humans has found evidence of cannabinoid-induced dysfunction between brain regions, but the recordings were relatively low-resolution. To look for more detailed evidence of cognitive chaos, Jones and his team plugged activity-recording probes into the brains of THC-dosed rats as they searched for food in a maze.

The cannabinoid disrupted the normal synchronization between the hippocampus, a brain region essential to learning, and the behavior-modulating prefrontal cortex.

“This really makes the case for what we’ve thought for awhile, that communication is the key thing here, not [necessarily] an individual brain region,” said neuroscientist Alex Thome of the University of Arizona, who was not involved in the research.

Beyond supporting assumptions about the crucial role of cannabinoid receptors in memory formation and complex behavior, the research might lead to better understanding of cannabinoid-related schizophrenia.

“Marijuana has been vaguely associated with schizophrenia over the years. People who abuse marijuana in their younger years have higher risk for it later in life,” Jones said. Furthermore, he said, symptoms of schizophrenia manifest in some adults who receive a dose of THC.

The synthetic cannabinoid used in the study reproduces schizophrenia-like symptoms better than THC, so Jones sees it as a potential model for investigating the disease and testing pharmaceuticals to treat it.

Thome supported the idea, but cautiously. “They’ll have to be careful linking to humans any beneficial effects” of drug candidates found for rats, he said.