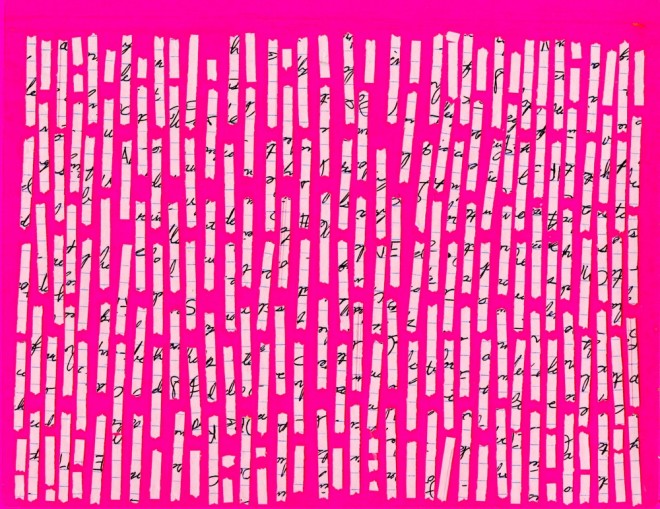 Your knack for jigsaw puzzles could revolutionize national defense.

Darpa, the blue-sky agency whose most successful pipe-dreams have turned into the Internet and GPS navigation, among others, has in recent years turned to civilians for help in catalyzing new innovations. First was the Grand Challenge for driverless car design. Then came the Network Challenge that sent the socially networked searching for red weather balloons. Calls to crowdsource spy drones and combat vehicles quickly followed.  Today, Darpa announced their latest mission for the mob.

And what could be sexier or more cutting-edge than autonomous cars or fast-paced social networking? Paper. Lots and lots of paper. The agency’s “Shredder Challenge” is looking for “computer scientists, puzzle enthusiasts and anyone else who likes solving complex problems,” to compete for a tidy $50,000 by reconstructing five shredded documents. Anyone can register and download the documents online — they’re each on different topics and have been shredded using myriad strategies, just to keep things interesting — after which they’ll have six weeks to submit their solutions, along with a series of answers to questions about the contents of each file.

The rationale behind the contest is simple: Troops often find sensitive documents in piecemeal form, rather than their entirety. Darpa’s looking for new, creative ways to reconstruct papers as quickly and effectively as possible. In particular, the agency wants to hasten manual or algorithm-assisted reconstruction, and wants to know whether “high resolution photography, communication and crowd-sourcing strategies offer unexpected advances.”

“The ability to reconstruct shredded documents will potentially yield information that may save lives or offer critical information about an adversary’s plans,” Dan Kaufman, Director of Darpa’s Information Innovation Office, said in a statement. “Currently, this process is much too slow and labor-intensive, particularly if the documents are handwritten.”

On paper, a challenge founded on shredded documents seems like a bit of a bore. Then again, you never know: Darpa’s seemingly ridiculous red balloon contest, which was solved in an impressive 8 hours and 52 minutes by a team at MIT, went on to inspire a secret surveillance program in Afghanistan.