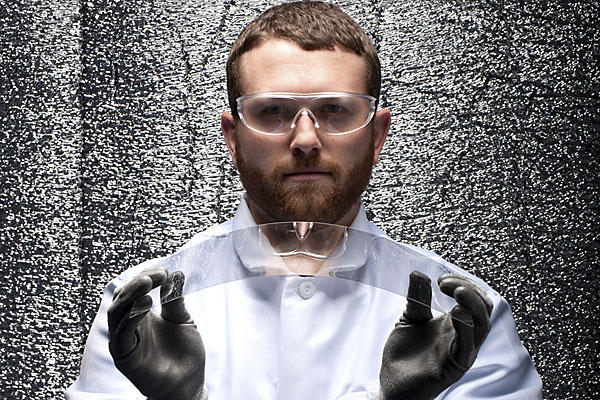 Corning, the developers of Gorilla Glass, announced the launch of a new display material named Lotus Glass for use with LCD and OLED screens today in a press release. The company says Lotus Glass has more “thermal and dimensional stability,” which will allow it to better withstand the process of attaching high-resolution displays and implementing “tighter design rules.”

Because Lotus Glass can withstand heat better, it’s in less danger of warping or sagging while “advanced backplanes” are applied. (Backplanes on screens contain the circuits that control the pixels on the screen.) Very hot temperatures aren’t required to make nice displays — for instance, AMOLED displays can use low-temperature (150 degrees Celsius) poly-silicone as a backplane — but more resilient glass could reduce the current rate of screen imperfections.

According to Corning, Lotus Glass will allow for screens with “higher resolution and faster response times.” We’re not sure it’s just the Gorilla Glass that is holding these specs back on the current crop of smartphones and tablets, but every little bit helps. Corning did not respond to requests for comment on which manufacturers, if any, it has locked down for Lotus Glass contracts, but its press release states that the glass “has been qualified and is in production.”