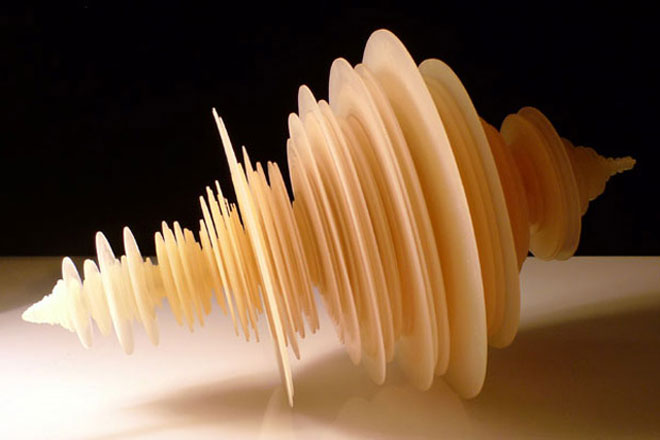 Artist Luke Jerram has converted a seismogram of the devastating earthquake that took place in Japan in March into a 3-D-printed sculpture.

The seismogram charts nine minutes of the earthquake in its varying intensities. The graph was rotated using computer-aided design to create a 3-D image and then 3-D-printed using rapid-prototyping technology. The piece — called the T?hoku Japanese Earthquake Sculpture — is 12 inches long and 8 inches wide.

This is not the first time that Jerram has created a sculptural representation of a catastrophe — he has also created a piece based on a sound file of the Hiroshima atomic bomb explosion. Other projects include his hot air balloon-based Sky Orchestra and a ring that he gave to his wife for their anniversary that doubled as a tiny projector.

The piece will be on show at the Terra exhibition at Jerwood Visual Arts in London from Nov. 9 to Dec. 11.