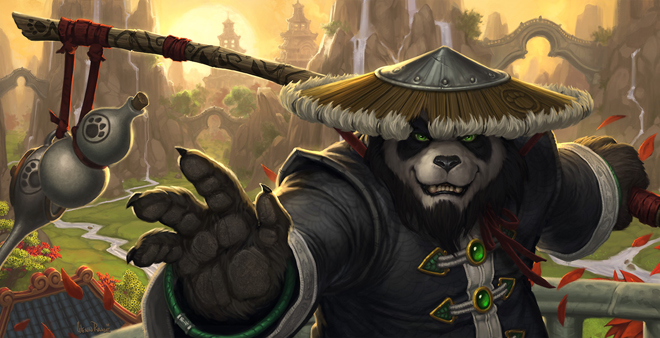 Mists of Pandaria, the upcoming expansion to the popular massively multiplayer World of Warcraft, will focus on the game's campy Pandaren characters.
Image: Blizzard

ANAHEIM, Calif. — Has World of Warcraft jumped the shark?

One of Blizzard’s strategies for continually expanding its incredibly popular massively multiplayer world has been the release of expansive add-on packages, which thus far have had serious, tortured names like Cataclysm and Wrath of the Lich King.

At its annual BlizzCon convention in October, the publisher said it would take a turn for the humorous with the next WoW package. Titled Mists of Pandaria, its primary additions to the fantasy world are a new playable race of martial artist pandas and a Pokémon-style system in which players can battle their virtual pets.

With dipping subscriber numbers (11.1 million, down from 12 million in 2009) and Electronic Arts’ competing MMO Star Wars: The Old Republic coming in December, it might seem like the unconventional new Warcraft package is something of a desperation move on Blizzard’s part, adding features that border on the absurd just to keep fans’ attention.

To get some clarification on Pandaria, Wired.com spoke with World of Warcraft production director J. Allen Brack at BlizzCon.

Wired.com: Pandaren have existed since Warcraft III. Why do the Pandaren race now?

J. Allen Brack: Producer, J. Allen Brack: It’s been something that we wanted to do for a long time. We’ve talked about the Pandaren for just about every expansion. That’s definitely not a new idea for us; it was super popular with the fans when we put them in Warcraft III. It was super popular with us. So it was just one of those things in the back of our mind that we wanted to do even before the original game launched.

Wired.com: The Pandaren are the first race to be playable for both factions [Alliance and Horde]. Why do this now? 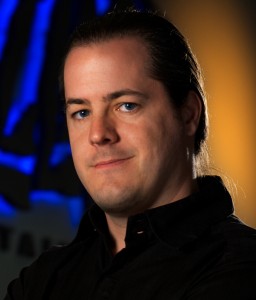 Brack: We talked about [doing this] a great deal back in Cataclysm for the Goblin race. We thought that Goblins could be a neutral race because they’re neutral in the game already. Players start out as neutral and then you can go Horde or Alliance with that.

Obviously we ended up not doing that [in Cataclysm]. But that was something we spent a lot of the time thinking about. The idea that was really compelling was that you start adventuring with people, and then one day, you have to choose sides. So that’s why we decided to do it this time around. It seems like it worked real well.

Wired.com: So why didn’t you end up doing that with the Goblin in Cataclysm?

Brack: We were really excited about the Worgens as well. We talked a long time about the Goblin and decided we really needed a more whimsical race on the side of the Horde, and we really need something that’s a little darker, a little more sinister on the side of the Alliance. We needed to bring a little bit more character to both those factions. We were really enamored with the idea of doing a Worgen and doing a shape-changing race. That was something that was one of our first ideas for Cataclysm. Goblin had been a fan favorite for years and years and years, and so that was on the list as well. Once we made that decision for Cataclysm that was going forward, we thought, “OK, well if we’re talking about a new race for the next expansion, then maybe we can resurrect the idea of players choosing the faction.”

You’re only neutral for 10 levels. When you get to level 10 you actually decide Horde or Alliance. When you’re in [the expansion's new in-game continent] and you’re completing those first 10 levels, that’s very much in its own kind of environment. And the Pandarens that you see out in the world as a normal player, you’re going to see as either Horde or Alliance. You’re not going to see any neutral Pandarens out in the world.

Read 2633 times
Published in News Technologique-Tech News
More in this category: « Stealth Jet Won't Be Ready for Combat Until 2018 Why Buying Games at Launch Is a Fool's Errand »
back to top