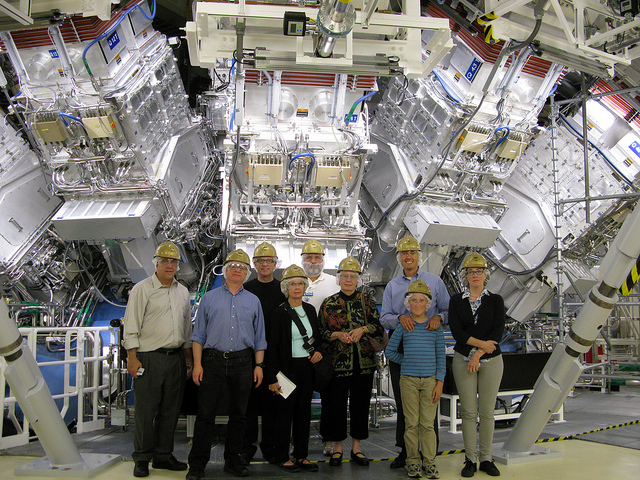 One of the most disturbing pieces of evidence in the United Nations report about Iran’s program to develop a nuclear “device” isn’t even about an Iranian. It’s about a Russian physicist who has evidently assisted Iran with weapons design. And there may be tens of thousands more just like him, nonproliferation analysts say, ripe for hiring by rogue states or terrorist groups.

Congratulations, Vyacheslav Danilenko: You’re infamous. Danilenko, a former Soviet weapons scientist, was reportedly found by the International Atomic Energy Agency to have tutored the Iranians “on building high-precision detonators of the kind used to trigger a nuclear chain reaction.”

Danilenko isn’t named in the IAEA report. But the report refers obliquely to “a foreign expert” who worked “in the nuclear weapon programme of the country of his origin.” That expert, whom the IAEA interviewed, helped Iran from 1996 to 2002 research a kind of “high explosives initiation system” used in nuclear devices.

While that isn’t a smoking gun, it makes it harder for the Iranians to maintain their cover story that their nuclear research is designed strictly to meet their civilian energy needs. “The Agency is unable to provide credible assurance about the absence of undeclared nuclear material and activities in Iran,” the IAEA report reads, “and therefore to conclude that all nuclear material in Iran is in peaceful activities.”

And to think: The involvement of “a foreign expert” in an illicit nuclear program is a danger that nuke-watchers have warned about for 20 years. It’s a problem known as “Loose Geeks.” And while the world’s focus is going to be on Iran after the IAEA report, there are many, many more Danilenkos running around.

After the collapse of the Soviet Union, two powerful senators, Sam Nunn and Richard Lugar, set up an aid program designed to subsidize Russian nuclear scientists and secure the USSR’s stash of nuclear material. “They wanted to make sure the knowledge to make the nukes and the stuff itself were both constrained,” says Alexandra Toma, the founder of the Fissile Materials Working Group, a collection of nonproliferation wonks.

It worked pretty well: Danilenko is an outlier among Russian scientists. But other so-called Loose Geeks — very, very different ones from the Russians — have emerged. And no one knows precisely how many of them there are. Consensus estimates run alarmingly high.

“It’s not a small guild, but it’s measured in the tens of thousands,” says Joe Cirincione, the director of the nonproliferation Ploughshares Fund. “You just think about the nuclear weapons complexes in U.S. and Russia, roll in China and France, the growing complexes in Pakistan and India, the boutique shop Israel has set up.” Then there’s super-rogues like North Korea, and states that gave up their advanced nuclear programs, like South Africa or Brazil.

Most of those scientists aren’t going to be contacted by a rogue state or a terrorist group. The vast majority of those who actually are will probably say no. But then there are scientists with nuclear know-how in chaotic countries like Libya and Iraq. And it’s not exactly the greatest economic climate for nuclear physicists.

On the other hand, as bad as the global economy is, most places with nuclear knowledge aren’t in straits as dire as the old Soviet “nuclear cities” were. “People didn’t even have firewood to keep warm,” says Sharon Squassoni, who directs nonproliferation research at the Center for Strategic and International Studies. “Guards at the nuclear facilities were going out into the woods to gather firewood.”

But the economic situation may not have to be so dire. Since the “Loose Geek” problem emerged, networks of nuclear scientists realized illicit nuke knowledge was a valuable commodity. The A.Q. Khan network, based out of Pakistan, shipped nuclear know-how to Libya, North Korea, and — shocker — Iran.

And beyond A.Q. Khan, the nuclear scientists themselves are now major geopolitical commodities — and targets. Iran’s own nuclear scientists keep getting mysteriously killed. (Well, maybe not so mysteriously.) Then there’s the Iranian nuke scientist — and YouTube star — Shahram Amiri, who alleges the CIA kidnapped him.

Accordingly, experts for a decade have tried to expand Nunn-Lugar’s nuclear subsidies beyond Mother Russia. Robert Einhorn, now the State Department’s senior nuclear proliferation adviser, told the New York Times in 2004 that focusing just on Russian scientists was a mistake: “If Iran gets the bomb in the next few years, it won’t be because of the Russians. It will be because of the help they got from A. Q. Khan.”

That may have been overblown, but the point stands. And the U.S. only recently expanded Nunn-Lugar subsidies to non-Russian scientists. “We did some work in Iraq. I think a little bit of work in Libya,” Squassoni says. “It’s pretty minor from what I can tell.”

It’s worth mentioning that Squassoni doubts that the problem is as big as tens of thousands of Loose Geeks. “For a nuclear weapons program, you need a lot of people with different kinds of engineering knowledge. Not just engineers. You need people who know how to machine metal to very high tolerances. So the number of people you would need may number in the hundreds or thousands,” she says. “If you’re saying anyone with a nuclear engineering degree knows how to make a nuclear weapon, that’s kind of crazy.”

But the fact that no one precisely knows how large the problem is speaks to its danger. Squassoni, like every expert contacted for the story, laments the fact that it’s an under-researched topic. If the U.S. government even knows, it’s not telling. “It’s the kind of thing that when you start asking, you hit the classification wall pretty quickly,” says Paul Kerr, a proliferation expert at the nonpartisan Congressional Research Service, who estimates that the number is in the tens of thousands of scientists.

It’s unclear if the IAEA report will bring new attention to the Loose Geek problem. But it’s not hard to imagine Lugar reading it from his Senate offices, pouring himself a Bushmill’s and muttering to himself that he told everyone so.