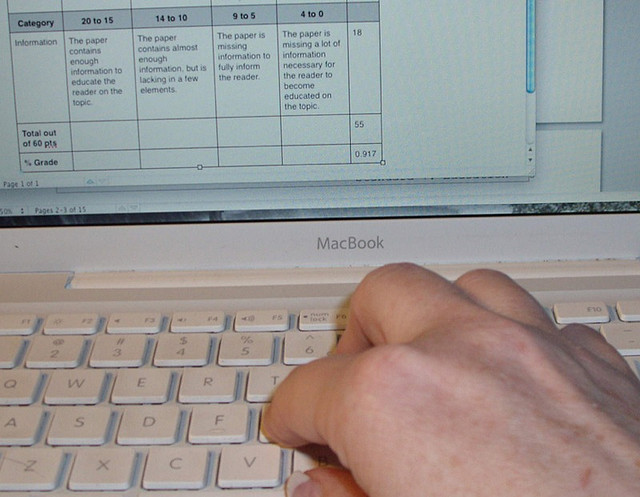 A hacker apparently broke into the computer system of Santa Clara University to change the grades of more than 60 current and former students, the California school announced on Monday.

The school’s breach came to light after a 25-year-old electrical engineering student named Mark Loiseau announced on Twitter that FBI agents appeared at his off-campus apartment on Monday morning to question him. He said the agents were brandishing copies of his cell phone records, which they had obtained from Verizon.

“Three federal agents just came over to my apartment and grilled me about some hacking scandal at SCU,” Loiseau tweeted. “They had my phone records!”

The university, located in Silicon Valley and run by the Jesuit Order, acknowledged later on its website that it had called in the FBI to investigate after a female student came forward in August to report that one of her grades had mysteriously changed on a recent transcript she had obtained.

After school officials failed to find an explanation for the change, they launched an investigation to look into the grades of tens of thousands of other students at the school, going back decades, according to the San Jose Mercury News.

School protocol requires signatures, a review and a software audit of approvals before a grade can be changed. But officials found evidence of unapproved grade changes going back to 2006. In all cases, the grades were improved — some subtly, others more dramatically, such as morphing an F into an A.

The school contacted local police first, and then the FBI.

“We have treated this intrusion with the utmost seriousness because of the threat to our academic records and to our integrity as an institution of higher learning,” University President Michael Engh wrote in his blog post announcing the breach and investigation.

The FBI agents who appeared at Loiseau’s door apparently considered him a suspect, asking him if he had noticed that about 18 of his grades were changed from F to A and also questioning him about why he had deleted a series of voicemails from his Google Voice account around the time the hack was committed.

Loiseau said he told the agents he had never received 18 F’s. He later checked his transcript and discovered that it recorded him receiving an A in a freshman political science course. He told the Mercury News that he recalled actually receiving a lower grade in the class, but didn’t indicate what that grade had been.

He told CNET that the FBI agents asked to search his computers, but he declined, given that they didn’t have a warrant.

Read 4603 times
Published in News Technologique-Tech News
More in this category: « W3C Releases New Web Privacy Standard The Quest to Put Siri on all iOS Devices »
back to top